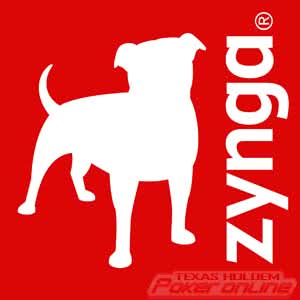 The world’s two most popular poker sites, PokerStars and Zynga Poker, both suffered decreases in poker revenue during the third quarter of 2018.

PokerStars is the industry’s top real money poker room, while Zynga Poker holds that distinction among social poker players. PokerStars enjoys a robust play money fan base as well, but nowhere near that of Zynga.

The reasons for the declines were spelled out in financial results released by each for the quarter ended September 30, 2018. And while revenue for poker may have taken a dive for both companies, each have spread their reach to other revenue-producing areas that make the numbers not seem so dire when looked at as a whole.

Poker revenue for July thru September 2018 totaled $212.8 million, which amounted to a year-over-year decrease of roughly 3.9%. The same quarter last year brought in revenue of $221.4 million.

PokerStars operates in many different countries, and as a result, is susceptible to the fluctuation of foreign exchange rates. Removing the changes in those rates from the equation, poker revenue would have actually increased by 0.3% during the quarter.

In addition to the foreign exchange rates, PokerStars was also hampered by ceasing service in the Australian market. Leaving the Land Down Under was necessitated by a new law called the Interactive Gambling Amendment Bill passed by the Australian parliament in August of 2017.

The statute forbids gambling operations by sites that haven’t been locally licensed as per Australian State or Territory law. PokerStars stopped catering to Aussie customers in September 2017.

There may come a day that PokerStars returns to Australia, just as that day may also come for US players. But in the meantime, due to the regulations imposed by both countries, PokerStars remains on the sidelines, except in New Jersey where parent company The Stars Group has been allowed to operate.

However, that doesn’t mean that Australian players currently have nowhere to turn to play real money online poker. Ignition Casino Poker is one of the only poker sites that accepts Australian players, and they cater to US players as well.

Poker revenue tumbled approximately 13% in Q3 of 2018 compared to the same period last year. Zynga attributed much of the slide to its customers experiencing problems logging on via Facebook, as well as changes made by the social media platform regarding in-game purchases.

Zynga Poker is making every effort to reengage the players lost due to the issues with Facebook, but admits that a recovery may take some time. An increase in year-over-year revenue may not be in the cards until 2019.

On the bright side, Zynga Poker equaled its best ever quarter for mobile bookings despite mobile poker revenue decreasing by 3% year-over-year. Bookings are the in-game sale of goods such as poker chips and other products that social poker players spend their money on.

Looking ahead to the future, the bosses at Zynga believe that their poker vertical will greatly benefit from a recent alliance with the World Poker Tour. The partnership has brought a new kind of tournament action to Zynga Poker players that upped both the stakes and rewards.

Additional WPT-themed events are in the pipeline and are expected to prove successful to Zynga Poker’s bottom line in the long run.