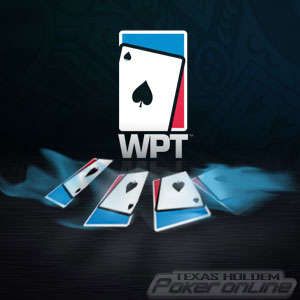 Bwin.Party has announced that WPT Poker is to be shut down on June 3rd so that the company can focus on promoting its other online poker brands.

The move to shut down WPT Poker came as surprise to many players, but not so to industry professionals – who suspected something like this may happen ahead of the proposed dismantling of the company and sale to either GVC, Amaya or 888 Holdings.

The WPT Poker shut down comes just three months after Zynga Poker Plus terminated its unsuccessful relationship with Bwin.Party (as reported by PokerNewsReport), and the way in which it has been done has upset many players who are forfeiting uncleared bonuses and being charged for making forced withdrawals.

The news that WPT Poker was to shut down broke just before the weekend. An email was sent to players registered with WPTPoker.com and a message appeared on the WPTPoker.com website which read:

Bwin.party has made the decision to focus our online poker efforts entirely on our lead brands: partypoker and Bwin poker. This has resulted in the decision to close our WPTPoker.com site.

The poker room will cease to run from June 3rd however players will have a further 3 months to withdraw their cash balance. During this period we will remove withdrawal limits. The fee will not be waived.

We understand the frustration and apologize for the inconvenience.

We also appreciate the time that players gave to WPTPoker.com. Thank you.

Although the date for the WPT Poker shut down is cited as the 3rd June, that is the date that the withdrawal limits will be removed. Gameplay will not be blocked until Saturday 6th June – at which point all tournament registrations will be reversed.

Players who have unused tournament dollars and tournament entry tickets will be able to convert them into cash, but not any unused points or uncleared bonuses – which will be forfeited when the poker site closes. Any entries for live poker events that are won between now and the closure of the site will be honored.

Although it has not been confirmed by officials that the WPT brand has been dropped to assist the sale of the company, it is being speculated that the WPT Poker shut down has happened to prevent it becoming a deal-breaker if Bwin.Party was sold en-mass to 888 Holdings (888 Holdings already has a partnership in place with WSOP.com).

It could also be the case that WPT Poker was shut down because it was contributing to Bwin.Party´s year-on-year revenue drop (down 6% on the first quarter of 2014), or to facilitate an easier sale to GVC/Amaya – with Amaya taking the regulated side of the company´s operations and leaving the rest to GVC.

Last week in a group analyst call, Philip Yea – the Chairman of Bwin.Party – said that assumptions should not be made about the potential sale of the company. He said that the focus of the board was to improve the company´s core business and explore industry consolidation. Possibly that was a clue that WPT Poker was about to shut down!