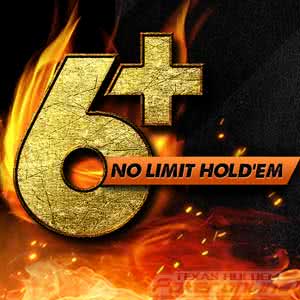 The Winning Poker Network has been full of surprises this month and has delivered another with the announcement of a new Online Super Series set for October, coupled with the fact that the new poker variant Six Plus Hold’em will be added to tournament games after gaining popularity in cash games.

The Online Super Series (OSS) is scheduled for October 3-14 and features more than $3.5 million in guaranteed prize money. Capping off the action will be yet another Million Dollar Sunday at 3:00 p.m. ET on the last and final day of the series, Oct. 14.

Michael Harris, spokesperson for WPN’s top skin, Americas Cardroom, was quick to point out that many positive changes were promised at the beginning of September when a new tournament schedule that included $1,000,000 in extra guarantees every week was unveiled. While that new schedule has been a boon to MTT players, Harris added that ACR and WPN are proudly keeping things going this fall with the next OSS.

Players who have been flocking to the new Six Plus Hold’em cash game tables that were rolled out a few days ago will soon be able to find the game available in the tournament lobby. With the cards valued deuce thru five removed from the deck and hand rankings slightly modified, Short Deck Poker has become the hottest game in town for players who enjoy the challenge of learning a new game and the strategies involved in becoming proficient at it.

Some new game variations are popular for a short time and then interest sort of wanes among players. It appears that that won’t be the case with Six Plus Hold’em, as players seem both curious and fascinated playing with a 36-card deck.

Of course, players who are pleased as punch with their favorite games of Texas Hold’em or Pot Limit Omaha know that plenty of action will always be available in those favored formats at US-friendly Americas Cardroom and its sister site, Black Chip Poker. That includes tournaments with guarantees of at least $1 million.

What started out as a trial run of two Million Dollar Sunday tournaments on successive weeks under buy-ins of $2,650 may become a permanent fixture at WPN poker sites. The Million Dollar Encore events on Sept. 10 and Sept. 17 both surpassed the $1 million guarantee, proving that the demand is there for such a high roller tournament from players.

A perusal of the tournament lobby at ACR finds that Million Dollar Sunday Encore events are now scheduled for both Sept. 23 and Sept. 30. The network is happy to give players what they want in terms of tournament action, huge guaranteed prize pools, and variety of games.

Players also want bigger bankrolls and Americas Cardroom is offering an opportunity in that area as well. Just in time for the upcoming OSS set to begin Oct. 3, existing players can take advantage of a 50% up to $300 Reload Bonus from Sept. 26 thru Oct. 2. Make sure to use the bonus code “RELOAD.”

New players are offered an even bigger bonus of 100% up to $1,000. A couple more perks are tossed in for good measure: 20 Days of Free Cash up to $50; and free tickets to four New Depositor Freerolls.