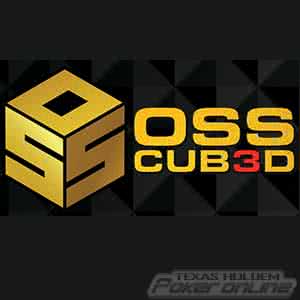 The action begins on February 10 and will run a full month through March 10. WPN, of course, is home to Americas Cardroom and Black Chip Poker, online poker rooms that continuously rank among the most popular that are available to US players.

The Cub3d kicks off with MOSS on Feb. 10 and runs through the 17th. The series is designed for low stakes players, giving them an opportunity to take a shot at some huge prize pools at mini buy-ins.

The series for high rollers is BOSS that will run for one week from March 4-10. Just 25 events make up the BOSS schedule, yet $3.2 million in prize money is up for grabs.

Big winners from OSS sometimes graduate to BOSS, taking a shot at a really huge payday. The biggest of those payday opportunities is likely the $1,000,000 GTD Main Event at 1:00 p.m. ET on Sunday, March 10 that requires a $2,100 buy-in.

Satellites for the BOSS Main Event are quite popular, as it’s the premiere tournament among the 169 events on the OSS Cub3d schedule.

Also popular are the separate leaderboards for MOSS, OSS, and BOSS. Points are tallied according to a formula that combines the entry fee, the number of players, and your finish in each tournament.

Leaderboard winners are the top 3 finishers for each series, except for OSS which will crown 4 winners. Those 10 leaderboard champs will each receive a free $2,650 seat to the $5 Million GTD Venom tournament to be held later this year.

WPN has announced a 50% up to $300 Reload Bonus promo during Cub3d from Feb. 17-23. Players are advised to enter the code of “BACK” when making a deposit during that time frame to take advantage of the bonus.