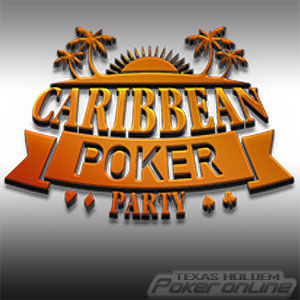 Party Poker is offering its high-rollers the opportunity to win packages for November´s Party Poker Million event at the Caribbean Poker Party in Punta Cana.

Party Poker´s Caribbean Poker Party is a scaled down version of PokerStars´ Caribbean Adventure, but it is still an event worthy of attention. Over the week of 19th to 26th November, Party Poker – along with the WPT and Dusk till Dawn – will be taking over the Hard Rock Hotel & Casino in Punta Cana on the Dominican Republic to host a week long poker party.

Party Poker´s $1 Million Summer Giveaway promotion is a leaderboard competition that awards points to players finishing in the money in any Power Series tournament with a buy-in of $109.00 or more. The value of the points depends on the number of entries in each tournament, the buy-in amount and the player´s finishing position.

At the end of each week, the top ten players on the leaderboard will each win a $6,000 package to the Caribbean Poker Party that includes accommodation for two at the Hard Rock Hotel & Casino, the $2,750 buy-in to the Party Poker Million and $1,000 towards travelling expenses. Qualifying players will also receive $1,800 resort credit when they arrive at the hotel.

Players can win multiple packages to the Caribbean Poker Party and can sell them on or take a group of friends along with them. However, according to the terms and conditions of the promotion, players intending to profit from a multiple high finishing positions in the leaderboard competition must attend the event with their first package win.

Speaking about the $1 Million Summer Giveaway promotion, Tom Waters – Party Poker´s Group Head – said that the promotion gives the site´s loyal players hundreds of opportunities to qualify for the hottest poker event of 2016; and you do not necessarily have to be a high-roller to participate in the promotion, as the satellite path into the qualifying Power Series events starts from as little as $0.01.

How to Qualify for a Power Series Event from $0.01

Going to be an Experience to Remember

The Caribbean Poker Party promises to be one hell of a party. As well as the Party Poker Million and the WPT Caribbean Main Event, the event will be celebrating Dusk till Dawn´s tenth anniversary. A massive schedule of off-the-felt activities is being planned to give qualifiers for the event an experience to remember.

Golf, water polo and beach volleyball are among the daytime activities planned and, with so many parties scheduled for the evenings, it is just as well that each day´s play does not get underway until 5:00pm – players may well need some recovery time before being able to focus on the poker action.

Of course, you have to be “in it to win it” and, if you fancy attempting to spin $0.01 up to a potentially lucrative holiday of a lifetime, you are invited to read our Party Poker review and then create your account using the Party Poker bonus code “THPOBONUS” in order to qualify for an exclusive 100% match bonus on your first deposit up to $500.00.