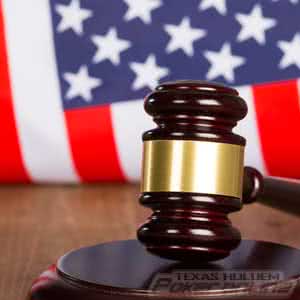 The mid-term elections had a minimal impact on gambling legislation in the US, but there is plenty of behind-the-scenes activity taking place to be aware of.

Last week American voters went to the polls to express their views on a wide number of important issues from criminal justice reform, to increasing the minimum wage, to the expansion of Medicaid. Only in three states were any gambling-related issues on the ballot paper, and the outcome of these votes was pretty much as expected.

The majority of parishes in Louisiana gave the green light to DFS legislation passed earlier this year, voters in Arkansas approved a constitutional amendment to allow casino gambling, and any future expansion of gambling in Florida will no longer be decided in the legislature, but rather by a statewide vote. There was unlikely to be much future expansion of gambling in Florida anyway.

News You May Have Missed

While the elections have been dominating the headlines, there has been plenty of gambling-related activity taking place that will shape future gambling legislation in the US – both positively and negatively. For example, while New Mexico´s first legal sportsbook was opening at the Santa Ana Star Casino, a judge in New York ruled the state was wrong to classify DFS as a game of skill in 2016.

The implications of both these events are fascinating. New Mexico has not yet passed legislation to regulate sports betting, but the Pueblo Tribe of Santa Ana claims it is allowed to offer on-premises sports betting under the terms of its compact. New Mexico´s Attorney General Hector Balderas is yet to offer an opinion on whether the Tribe is violating state law, but has made no attempt to stop it.

It is likely the case many other tribal entities around the country are currently studying the terms of their compacts to see if it is possible to operate sports betting ahead of state legislation. Certainly the Mashantucket Pequot and Mohegan Sun Tribes in Connecticut would love to be first-to-market against MGM, while the California Nations Indian Gaming Association has already claimed tribal casinos have exclusive rights to operate sports betting in California under the terms of existing compacts.

Not Just a Step Back for New York

Under New York´s constitution, any expansion of gambling has to be approved by a statewide vote. Therefore, the ruling that New York´s legislature was wrong to classify Daily Fantasy Sports as a game of skill in order to circumnavigate the constitution will likely put the brakes on any movement to regulate online poker – which uses the same game of skill argument – certainly until after the inevitable appeal.

The verdict of Acting Supreme Court Justice Gerald W. Connolly is not just a step back for New York, but also for other states trying to unconstitutionally expand gambling without voter approval. For example, in Michigan, legislators are claiming that their proposed bill to regulate online gambling represents an “expansion of gambling services” – an argument that is now less likely to pass legal scrutiny.

Other states – such as South Carolina and Montana – may find plans to regulate online gambling and/or sports betting also now have to wait until the next election; while seventeen other states have introduced legislation (or officially discussed the subject) without moving forward – possibly displaying a lack of enthusiasm for gambling legislation or maybe just waiting to see how events pan out elsewhere.

Sessions Exit Could Affect Gambling Legislation in the US

Possibly one of the biggest factors that could influence gambling legislation in the USA is the resignation of Jeff Sessions as US Attorney General. During his confirmation hearing before the Senate Judiciary Committee, Sessions had said he would revisit the Department of Justice´s interpretation of the Wire Act that led to the introduction of regulated online gambling in four states.

Sessions never got around to it during his tenure, but some of the candidates to replace him have strong ties with anti-online gambling casino magnate Sheldon Adelson, and they could be inclined to give the reconsideration of the Wire Act a higher priority. A negative decision would not necessarily prevent states moving ahead with sports betting regulation, but would likely prevent mobile betting.

The process to select Sessions´ replacement could take some time, during which states might be reluctant to pass gambling legislation that may later have to be retracted. This factor – coupled with tribes potentially “going alone” and constitutional issues – makes knowing what´s next for gambling legislation in the US a bit of a guessing game, and one that may not be resolved for a number of years.