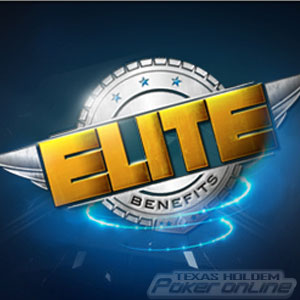 “VegetablesArentYummy” has become the first player to reach the top level of Black Chip Poker´s Elite Rewards program – at he may not be the last this year.

It has been a pretty remarkable year for Black Chip Poker. Traffic on the site rocketed 128% during 2015 due to a series of innovative promotions that included plenty of reload bonuses, free poker training and Jackpot Sit & Go´s into the World Series of Poker.

The site´s profile increase enormously when UK poker player Rupert Elder chopped one of the site´s Million Dollar Sunday tournaments and received his $125,000 check from Black Chip Poker within a week. At the time, it was also the largest amount won in any event being live-streamed on Twitch.

Now Black Chip Poker is celebrating one of its players reaching the highest “Icon” level of its Elite Rewards VIP program – the first time this has ever happened, and possibly not the last this year!

On the highest-ranking online poker sites, reaching the top level of a VIP rewards program is an accomplishment but nothing to shout from the rooftops. In the case of “VegetablesArentYummy”, he achieved the feat on a site that twelve months ago was barely maintaining a seven day average of five hundred cash game players.

Under the pseudonym “HundredsofStuff” the player posted a screenshot of his accomplishment on the 2+2 forum and received thoroughly deserved congratulations. It was at this point it became apparent that two other players are also on course to achieve the same feat – albeit at one of Black Chip Poker´s partners on the Winning Poker Network, Americas Cardroom.

Plenty of contributors were enquiring as to the value of reaching Icon status, but the answer is not easily calculable due to Black Chip Poker using the dealt rake method of distributing player points at cash game tables, rather than awarding points according to an individual player´s contribution to the rake.

Those with a good eyes for figures suggest that the 1 million Benefit points “VegetablesArentYummy” accumulated throughout the year are worth $98,600 in cash exchanges and milestone rewards. Add on the amounts “VegetablesArentYummy” earned in reload deposit bonuses and prizes from the Beast rake race and – according to a representative from the Winning Poker Network – the total amount earned in rewards came to $196,963.

Another Remarkable year Ahead for Black Chip Poker?

It would be no surprise if 2016 was another remarkable year for Black Chip Poker. Phil Nagy – CEO of the Winning Poker Network – has already said that he is aiming for the network to fill one of the top five places next year and, with the lack of further online poker regulation and the dissatisfaction of players from PokerStars being factors, Nagy may well reach his goals.

The overall growth of the network has not gone unnoticed, and it has resulted in multiple benefits for players at Black Chip Poker. The value of the site´s feature Sunday tournament has been creeping up throughout the past few months, and the network´s non-contributory rake race – the Beast – has been paying out record amounts in recent weeks.

Earlier this year, Black Chip Poker sent players to the World Series Main Event who had qualified via its Jackpot Sit & Go game, and more players than ever are winning packages for live poker events after qualifying through Black Chip Poker satellites. So many high-value players are joining the site the Black Chip Poker is now hosting a weekly Cage event with a $1,000 buy-in and you can imagine how many players not yet playing at Black Chip Poker may seriously be considering a change.