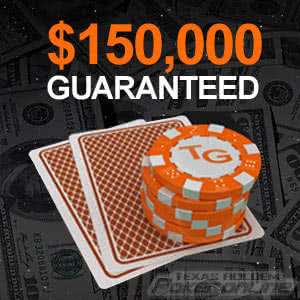 Last night´s $150,000 guaranteed Main Event on the Chico Poker Network was a massive success and only narrowly failed to meet its guarantee. However, the event was dominated by players from outside the US, with the top four positions filled by players registered with Tiger Gaming.

Last night, the Chico Poker Network hosted its most valuable online poker tournament ever – a $150,000 guaranteed Main Event with a buy-in of $165. The guaranteed prize pool was a significant step up from its previous high of $100,000, but – supported by a range of promotions – the event only narrowly failed to meet its guarantee.

By the end of late registration, 550 players had entered the event and, with 122 re-buys and 293 add-ons, the tournament only overlaid by $5,250. After 4½ hours action it was all over, with Hungarian player “ThinkTank0” heading a quartet of players registered with Tiger Gaming to take home the first prize of $31,500.

A Massive Success for the Network

When you consider the Chico Poker Network´s Main Event was scheduled against the Winning Poker Network´s Million Dollar Sunday, the climax of 888 Poker´s XL Blizzard Series and a host of valuable tournaments on PokerStars and Party Poker, the tournament can only be described as a massive success.

Although the late start time of 7:00pm ET helped attract players who had already been eliminated from the Million Dollar Sunday event and players from Europe who had failed to reach the climax of their respective Sunday Majors (7:00pm ET equates to 1:00am CET), the structure of the tournament was also inviting to players who wanted a relatively quick game.

The Value of Playing in Main Event Satellites

The benefit of playing in Main Event satellites is that they are often undersubscribed. We have seen $15.00 buy-in satellites guaranteeing two seats into the target event attracting just five players. These are usually the satellites hosted in the early hours of the morning – 4:00am and 8:00am ET, which equates to 10:00am and 2:00pm in Central Europe.

The higher buy-in satellites that are timed towards the US market do not offer such great value, but they can be undersubscribed during the early part of the month when the target event is still weeks away. Players are advised to keep an eye on Saturday afternoon´s $7.00 buy-in sub-satellite that feeds into the $60.00 satellite later in the evening, as this event too is often under-subscribed.

It is also worth noting players can use Comp Points to buy into any stage of the Steps Sit & Go program that awards the winner of the final stage a seat in the Main Event. This is a great use of points earned in pursuit of clearing the Tiger Gaming Poker bonus, and players who have cleared a bonus of $175 or more will automatically have enough Comp Points saved to enter the final stage of the Steps program.

Will You be Joining the Winners at Tiger Gaming?

The fact that players from Tiger Gaming – a site that does not accept US players – filled the top four places in a US-facing tournament is a notable achievement. Between them, the four players picked up nearly half of the guaranteed prize pool (the top four places paid a total of $71,250) and there will have been many more players from the same site further down the prize winners list.

If you would like to join the winners, take a look at our Tiger Gaming Poker review. You will discover why the site is so popular among non-US players and find the instructions for claiming a 100% bonus on your first deposit up to $2,500. With a new round of Main Event satellites starting this week, it is well worth checking this site out sooner rather than later.