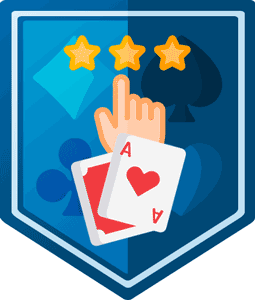 There are so many aspects in poker that can make you a big winner, average winner or loser. It’s the little things that separate the average from the better poker players.

Poker is more than about playing your cards and what you’re dealt. There are so many ways to make more money and get the most out of your game than just how to play XYZ. It will amaze you that some average players from a skill point of view will make more money by doing these little things than a better quality player will.

The most important concept outside of the cards you are dealt in my opinion is table selection. This skillset will take your poker career to exponential heights if done properly and help to increase your winnings in a very short time.

By the time you are finished reading this, you will understand just how important it is to table select at online poker. You will also know what makes a good table and how to spot one.

Why Table Selection is So Important

You don’t need to be the best player in the world to make money at poker; you only need to be better than a few players at your table.

This concept is simple to understand, but just in case let me break it down for you.

Would you rather play in a game versus Phil Ivey, Barry Greenstein and other pros? Or against the folks at the nursing home who can’t see all that well?

While playing against the pros could be fun, you probably won’t win much if anything.

You make money at poker by beating the players who are worse than you. Finding them is the trick and it’s rather easy to do once you know what to look for.

In the lobby of your favorite poker room, you will see all sorts of stats that may seem foreign if you don’t understand them. These stats will be what you use to find the good tables and make most of your money.

The first stat to look for is the players per flop percentage. This will likely be indicated by the abbreviation-PL/FL. Here’s an example.

The highlighted area is the players per flop percentages of each table shown.

The higher this number, the better the table for the most part., There are other factors to consider which we will get to in a second, so hold tight.

A high player per flop percentage means that lots of loose players are at the table seeing lots of hands. If we look closely at the picture, we can see that one of these tables has 58% of players seeing the flop at a 6 max table. This means 3 ½ people are seeing a flop on average.

Looking at the picture again, we can see that the closest table in comparison has only 42$ of people in the pot. This is 1 less person per pot.

So what does that mean and why is it good?

It’s good because, bad players usually see lots of flops and will be playing worse hands. The more players seeing the flop, the better the chances are that this table has a good percent of bad players.

The next stat to look at is the average pot-shown here in this picture.

Much like wanting a high player per flop stat, you would ideally like to play at a table with a higher average pot stat. It’s the same principle as before, the higher the pot average, the more likely there bad players at the table.

Also, you won’t be making much money if there is only $1 in the pot on average. You will likely be playing against a bunch of tight asses that only play the goods. These games are very boring and tough to make money at.

This stat is not quite as important as the others, but it can be a deciding factor if you are torn between a few tables. The numbers of hands per hour means just that, it’s an average of how many hands are being played per hour.

Ideally you would like your table to be playing a large number of hands. The more hands you can get in, the more money you can make.

If this stat doesn’t seem too important to you, think of it this way.

Many poker players base their winnings off of how much they make per hand. They will use this stat to come up with a ball park figure of what they can expect to make in the long run and base other factors such as variance and hourly rate off this.

Playing more hands also helps to keep you focused. If the game is going too slow, you may lose interest and start making bad decisions that can be costly.

Knowing what makes a good table is just first step to proper table selection. You have to actually do it. Many players fall into the trap of finding some good tables and then sticking with them regardless of what happens.

Tables change and players come and go all the time. The dynamics of what a good table could change in an instant of 1 or 2 fish leaves and are replaced by a decent regular.

You must be aware of when this happens and look to swap that table for a better one. Once you notice a table isn’t that good anymore, you should already have one to replace it ready to go.

You should always be scanning the lobby for a good table. Just because you may have a few good ones up at the moment, does not mean they will last forever. Also, you may miss out on an even better table by not searching the lobby for good tables.

This is where players get lazy and are literally costing themselves money. Don’t fall into this trap!

I can’t stress enough how important it is to table select. Try it a few times and you will notice that the game becomes easier and you will start to make more money, I guarantee it.