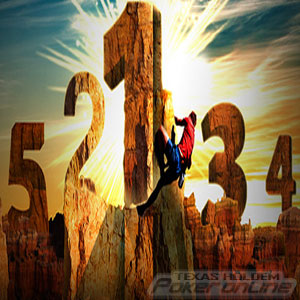 A couple of weeks ago, when Party Poker launched its $1 million Summer Giveaway, we wrote that the Caribbean Poker Party from 19th to 26th November was likely to be a scaled down version of PokerStars´ Caribbean Adventure. How wrong we were.

Party Poker appears to be qualifying dozens of players every week through its promotions and comprehensive satellite schedule, and now the site has launched yet another promotion for the event – this time targeting tournament players with modest bankrolls.

Now, Party Poker has addressed that issue with the “Sub 55” leaderboard promotion – a leaderboard competition in which players are awarded leaderboard points for competing in Power Series tournaments with a buy-in of between $5.50 and $55.00. Like the Summer Giveaway promotion, prizes are awarded on a weekly basis, but naturally the value of the prizes is much lower.

How to be Awarded Points for the Sub 55 Leaderboard

Any player competing in a Power Series tournament with a buy-in of between $5.50 and $55.00 will be awarded points based on the number of players competing in the event divided by the player´s finishing position and multiplied by a logarithm of the buy-in – and then multiplied by ten. Don´t worry, there is a points calculator on the Party Poker website!

The points accumulate on the leaderboard during the week until each Monday morning (@ 10:00am CET), when the top fifty players will be awarded prizes ranging from three x $5.50 tournament tickets to a fantastic $1,050 Punta Cana Qualifier ticket that could win the leaderboard champion an $8,000 luxury package to the Caribbean Poker Party in November.

About the Caribbean Poker Party

The Caribbean Poker Party is a joint venture between Party Poker, the World Poker Tour and Dusk till Dawn. It takes place at the Punta Cana Hard Rock Hotel & Casino in the Dominican Republic between November 19th and 26th and features two $1 million guaranteed tournaments – The Party Poker Million and the WPT Caribbean Main Event.

During the week, the Dusk till Dawn poker club will be celebrating its tenth anniversary, and activities have been scheduled for most days – the poker tournaments do not start until 5:00pm, although there will be plenty of cash game action around the clock – plus there will be some outrageous parties hosted when the poker action has finished.

Players who win tournaments tickets of any value will be able to use them to enter qualifiers in Party Poker´s “Caribbean Poker Party Satellite Tree”. As usual, the site´s qualifiers start of at $0.01 “Centroll” level, but culminate in a “Phase 1” tournament with a $109.00 buy-in that is played each night, twice on Saturdays, and three times on Sundays and Mondays.

After eighteen levels, the “Phase 1” tournament is halted and surviving players progress onto the $1,050 buy-in “Final Phase” on Mondays at 9:00pm CET. This is where the leaderboard winners join in (with 300,000 chips and the blinds set back to Level 13). Five $8,000 packages to the Caribbean Poker Party are guaranteed in each “Final Phase” tournament.

What´s Included in the Package?

Winners of each package will receive their buy-in to the $1 million guaranteed Party Poker million, seven nights´ all-inclusive accommodation for two at the Hard Rock Hotel & Casino and $2,200 towards travel expenses. If you win more than one package, it is possible to transfer it or sell it on to another Party Poker player, but you will have to do it through the site.

With more than five months to go until the start of the Caribbean Poker Party- and the site qualifying dozens of players every week – you had better head over to Party Poker and book your seat to the Dominican Republic as soon as possible, and then hope there is enough room for everyone at the Punta Cana Hard Rock Hotel & Casino in November!