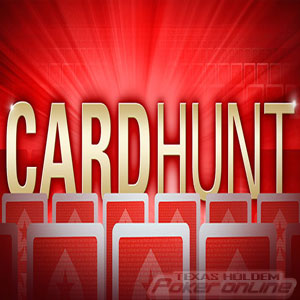 A pair of big PokerStars promotions with tournaments and a special puzzle-style event scream value as we move into April.

Players can win up to $5,000 with the PokerStars CardHunt puzzle before the Mountain Series of tournaments with millions in guaranteed prizes this April.

After coming off of announcements that they lost around $25 million in 2015, Amaya has announced a couple of big events for PokerStars moving into April. These are actually some pretty cool events, but the timing is a bit suspect after their terrible financial report came out recently. In any event, the players are the winners in this pair of promotions that will see players earning value worth up to $5,000 for one promotion and a piece of millions of dollars in guaranteed prizes in another.

Get a Piece of the Action

It’s clear that PokerStars is looking to have a better 2016 than they have in 2015, and giving players value with something other than a PokerStars marketing code seems to be a big part of their strategy to turn things around. This is excellent news for players, and it’s an exciting time to be a part of the action with two major events happening back-to-back at the top online poker site in the world.

Any PokerStars review can tell you that they don’t put on a lot of random promotions that give you value for playing games you’d be playing anyway, but the CardHunt Puzzle promotion is different. Each day, you’ll be given a special puzzle board with up to 20 pieces, and each piece is a card in the deck. Your job is to collect the puzzle pieces to clear the puzzle each day, and for each day that you do it from March 23 through April 15, you’ll be given a random instant prize worth anywhere from $1 to $5,000 apiece. 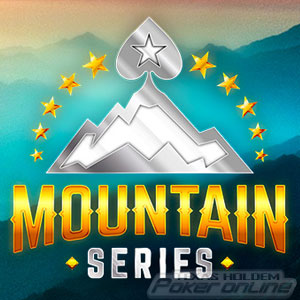 A total of $4.15 million in guaranteed prizes are going to be handed out for the 10-event Mountain Series that’s happening from April 7 through April 10. There are tons of satellites running for these events with their escalating prize pools:

What makes this series of events particularly exciting is that they’re in a wide variety of formats. For example, the Olympus and Kilimanjaro events are normal, nine-handed freezeouts, but the Fuji is a six-handed game with eight minute levels. The Denali event is a pot-limit Omaha game with six-handed play and re-buys, and the other events are in a number of different formats as well.