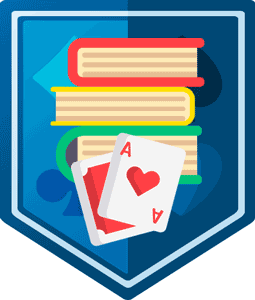 The game of Texas Holdem is by far the most popular form of poker being played today. Its popularity is due in large part to its exposure on T.V. with the World Series of Poker being televised on ESPN. And ever since Chris Moneymaker won the Main Event for over $1 million back in 2003 playing Texas Hold Em, its popularity skyrocketed

But, the main reason people love playing Texas Hold Em, is the fact that it’s one of the easier games to learn and play. There’s a saying in the poker community that says Texas Hold Em takes a minute to learn, but a lifetime to master. This statement is very true and one of the reasons why I love it. While it only takes a few minutes to learn the rules, the game is always throwing a curve ball at you and you never stop learning new strategies.

While this article won’t make you a master at playing Texas Holdem online, it will teach everything you need to know about how to play the game. By the end of this reading, you will know exactly how to play hold Em and can start playing online, in a casino or start throwing your own home games.

The general goal behind Texas Hold Em is to either showdown the best hand and beat your opponents, or to bluff them off the pot in order to win. Bluffing and stealing pots is a more advanced concept that will be discussed in further articles. For now, let’s just focus on the rules and how to play. We don’t want to get too far ahead of ourselves.

The overall plan is to use the 2 cards you are dealt in connection with the cards that are dealt face up in the middle to make the best5 card hand. You will see a total of 7 cards including the 2 in your hand, but may only use 5 of them. Don’t worry; well cover all this in more detail in just a few, so bear with us.

The beginning of a hand of Hold Em starts with everyone getting dealt 2 cards. These cards are face down so that no one can see them but you. The deal goes clockwise with each player getting one card at a time.

To determine who the dealer is a disc called the button, will be what determines who is dealer. The dealer will switch after every hand and the button disc will move clockwise to the next person.

The button will also dictate who becomes the small and big blind. These blinds are forced bets that the 2 players to immediate left of the button must place. The big blind will be the size of the table stakes and the small blind will be half the size. For example:

Before any cards are dealt out, the blinds must be placed. Again, when playing online the software will do this for you.

A hand of Hold Em is broken down into sections that have names. There are as follows.

You may hear these referred to as other names such as 4th street, 5th street and so on, but they all mean the same thing.

The pre-flop term refers to the action before any cards are dealt out.

The flop will be the first 3 cards dealt out by the dealer face up that are all community cards. These cards that are dealt face up can be used by all the players in the hand.

The turn is the next card dealt after the flop face up as well. Again, all players can use the turn card, along with the 3 on the flop to make the best hand with the 2 in their hand.

If you decide to raise, you must raise at least double the big blind. And, depending on what type of Hold Em you are playing will determine how much you can raise.

There are 3 types of betting structures in Texas Holdem Poker: no limit, pot limit and limit. No limit is the most common and allows you to bet as much as you want so long as it’s on the table. If you have $100 in your stack, you can bet the full $100 at any given point in the hand.

Limit Holdem has a fixed amount to bet during the hand based on the blinds. If the blinds are $1 and $2, you can bet $1 during the pre-flop and flop betting rounds. Then you must bet $2 on the turn and river.

Once all the cards dealt, players have their choice to bet, raise, or fold when it is their turn.

The player who is immediately to the right of the big blind will be first to act. This position is called under the gun or early position. This player may elect to fold their hand, call the amount of the big blind or raise.

Once the first player makes their decision, the action moves clockwise to the next player. This player will have the same choices depending on what happened before them. If everyone has folded their hand before you, you may still fold, call the big blind or raise.

Depending on which limit type you are playing will also decide how much you can raise. This was already covered in the betting structure section. Just to refresh quickly. If you’re playing no-limit, you raise as much as you wish. If it is l, you may only raise a set amount. If its pot limit, you can only raise up to the amount in the pot.

Once all the betting, folding and all players have made their decisions, we will move on to the flop.

I would like to note, that not every hand will make it to the flop. Often times, everyone will fold their hand which awards the player in the big blind, who is last to act, with the money from the blinds.

The dealer will deal 3 cards out in the middle all face up that all players still in the hand can use with their own. The player who is closest to the left of the big blind on the flop will act first. If the player in the small blind or big blind is still in the pot, they will go first on the flop.

Whoevers turn it is will have 2 choices-check or bet. To check means that you don’t want to bet, yet you still keep your hand in the pot. You are not folding; you are in sense deferring to the other players left in the pot.

You may also bet if you so choose. The amount you can bet must be at least the amount of the big blind. It’s not recommended to bet so small, but this is a bit advanced to talk about betting strategy, but as a rule of thumb, betting the minimum is usually never a good idea.

If the player first to act bets, then all players in the pot can call this bet, fold or raise. If the first player checks, then all remaining players can check themselves, or bet.

Let’s use an example to clarify this.

Now, if you check and the other player decides to bet, the action will be back on you. You must now decide whether or not you want to call or fold. You can also raise which is called check-raising and is considered very powerful.

If everyone in the hand checks, we would move on to the next card. If someone bets and all remaining players fold, the player who bet would win the money in the pot.

That’s the gist of the flop; now let’s move on to the turn.

The turn is basically the same as the flop with one exception. Instead of 3 cards dealt out, only 1 is dealt face up. All players may use this card along with the 3 on the flop and the 2 in your hand as well.

The same exact choices you had on the flop will apply on the turn. You can check, bet, raise, check raise or fold.

The final card dealt face up is called the river or sometimes fifth street. The same exact rules that applied to the turn and the flop and turn will apply to the river.

This will be where the winner is determined if no one folds as well. If everyone checks on the river card, players will show their cards, and the one with the best hand will win the pot. If someone bets and gets called, the player who bet must show their hand first and if no one can beat it, they would win.

Some important notes about the river and the showdown.  The showdown is just a name used to describe the part where players show their hands.

First, the player who makes the bet and gets called must show their hand first, no ifs ands or buts.

If everyone has checked, then the player who was first to act on the river will show their hand first and then you go clockwise around the table.

Lastly and probably most important is the rule about showing your hand. If you were the one called the bet and your opponent shows their hand first, you are not obligated to show your hand if you cannot beat it. You can throw your hand away and never have to show. Players may ask you to show or try to bully you into doing so to get some information, but don’t let them fool you.

Let’s go over the rules real quick just to refresh in case you forgot anything.

Two players post the big blind and the small blind. Two cards are dealt face down to everyone at the table. Players can choose to bet, fold, call or raise.

The dealer will deal out 3 cards face up in the middle which all players in the hand can use with their own. Players can now check, bet, call fold, or raise.

The 4th card, or the turn is dealt face up again and players will have the same choices as on the flop-call, fold, check, and raise.

The 5th and final card is again dealt face up. Once all players check, call, fold, bet or raise, the remaining players will showdown their hands to see who has the best hand.

At any point in the hand if everyone folds, the last remaining player will win the money in the pot. The goal is to either show the best hand using your 2 cards and the 5 in the middle to make the best 5 card combination.

That’s the short abridged rules just to come back to and refresh if you ever need to.

If you play online, all of this will be taken of for you, so there will be need to pay attention to this. But, if you play in a casino, it’s important to know this rule.

That’s the basics of playing Texas Holdem; it’s really not that difficult and easy to learn. Once you start playing, you can begin to learn strategies that will help you to win. You can find a ton of strategy articles right here if you want to get started right away, but we recommend to take it slow at first. Trying to learn too much at once, will likely confuse you.

Good luck and have fun!