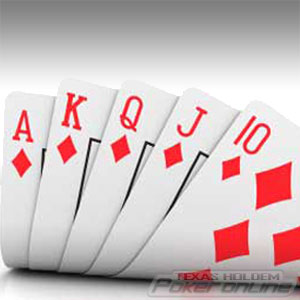 There are often discussions among online poker operators and players regarding the role of recreational players in the overall scheme of Internet poker.

Without a doubt, online poker cannot survive without casual players as part of the poker ecosystem. The winning players are able to win due to lesser-skilled players and those who play mostly for fun and entertainment.

Take recreational players out of the equation and you are left with good poker players to compete against each other. Those remaining skilled players would likely trade wins and losses, making the game no longer profitable for any of them. Or the slightly less-skilled players would have to either improve their skills or find another endeavor at which to make money.

Online poker sites over the world realize the importance and need for casual players. Most perhaps didn’t a decade or so ago when the grinders were catered to extensively. But nowadays, many online poker rooms are bending over backwards to reward recreational players with bonuses and to recognize achievements, all in an effort to make poker fun and allow the bankrolls of rookie players to last longer.

Poker Tracking Software Should Be Banned

There is more that can be done in the online poker industry to follow the trend of making the game of poker more friendly to newcomers and rookies. The next step should be to completely ban all poker tracking software that allows the better players who invest in and use the software to gain an advantage over those who don’t.

Among other valuable information, the software permits players to analyze the statistics of opponents at their table in order to make decisions and optimal bets accordingly based upon their opponents’ tendencies and betting patterns. It remains amazing to me that poker sites that aim for a friendly environment and are hoping to attract recreational players continue to allow the use of such software.

Another suggestion to make online poker better for recreational players would be to revamp the percentages of rakeback offered to players. Rakeback rewards grinders who play mutiple tables by allowing them to earn money regardless of actual wins and losses on the felt.

There are an untold number of such players who make quite a decent living simply by breaking even at the poker tables and profiting from the rakeback of playing a dozen or more tables at a time. If rakeback percentages were cut considerably, the money could be better spent by poker sites by rewarding players who perhaps deposit more often and play loosely.

Of course, online poker pros would protest such moves – rather loudly, in fact. But which option is better? Continuing with online poker in its current model of rakeback up to 35% and the use of tracking software that gives the pros too great an advantage and watching the games dry up due to lack of recreational players? Or making some changes that welcome and reward casual players, and make the game more fair for all who play?