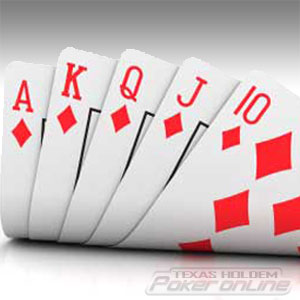 Amaya buying PokerStars signaled the end of the exclusive online poker rooms as we know it. The company released a statement announcing the official launch of sports betting and casino games on a global scale. In other words, they brought the game back to where some think it belongs: in a casino-like environment. This launch along with other decisions such as the implementation of the Spin & Go format and the seat scripting limitations are genuine proofs of a trend that took off sometime last year. This trend basically warns that the recreational players are here to stay while the regulars are expendable. The pros and semi-pros are still wanted BUT not at the expense of the amateurs.

In other words, the game is changing BUT not dying.

It is not the game that is actually changing – no other variants are created – but the environment. To attract new players, the online operators are trying to redefine the ‘ecosystem’ and close the gap between the good players and the bad ones.

This is why the weaker players are losing money at such a higher rate, because of that particular gap. This is why the weaker players are inclined to stop playing the game, because they are losing much too often. Gone are the days when they had a decent chance to come up a winner in the No Limit Hold’Em cash games. Back in the Moneymaker’s days, the field was soft so they could play with their peers. After Black Friday, the market shrank considerably, the regulars became more and more visible and the recreational players started being hunted down. The edge in NLHE cash games is clearly in favor of the regular so, with all the information out there, the attractiveness of those particular games is decreasing by the day.

The amateurs don’t want to enter a competition in which they have no chance of winning. They are slowly learning that the big winners at high stakes are in fact real high-tech savvy grinders who played thousands of hours and who possess computer software that can break down their behavior at the table. Because there is less luck factor (close to not at all on a long enough time scale) involved and only hours and hours of hard work and analysis, they will migrate to other games where their edges are higher and were the luck factor is more present. This is why the NLHE cash games will eventually dry out and become an exclusive game reserved for the real masters. Of course, the lower limits will still have players weaker than the average who want to try their luck but the high stakes will gradually become a Fata Morgana for most of the poker world.

Think of chess for example. Who would want to bet on his success in a competition against chess experts?

However, this is not the end of poker. The game doesn’t revolve around NLHE cash games. There are other formats and there are definitely much more variants.

Will this migration from NLHE cash mean the rise of other poker games? It is definitely a possibility. Can Pot Limit Omaha take NLHE’s place as the Cadillac of Poker? Probably not.

PLO has a major advantage over NLHE: no matter the skill gap, the edge of the PLO regular is much smaller than in NLHE hence the amateur has much more chances of winning against him. With all the draws plus the fact that the game is pot-limit, the weaker players doesn’t make that big of a mistake when he decides to chase down his draws.

Nevertheless, there are some major drawbacks that could stop PLO from reaching the top of the poker world. First, there is the rake: because it’s more of a post-flop game and because of the thinner edges, the rake has to be significantly lower than at NLHE. With the current rakes, PLO is virtually unbeatable at lower stakes; nobody who plays it really wins, the real winner is the house. Since not so many pros want to experience the swings and the high rake, this could turn out to become a genuine game of fish. Still not to the extent where it becomes as popular as NLHE.

Texas Hold’Em Poker is popular because it is the simplest version of the game: just two cards and variable bets that are pot independent. It’s easy to understand and everyone can pick it up in a matter of minutes. Omaha on the other hand is much more difficult to explain and it’s more often than not confusing for the amateur who has to think about best combinations between his four-card hand and the community board.

NLHE will remain the most widespread poker game only that the recreational players will try to find games other than cash where the gap between them and the winners is smaller if not inexistent. It is very possible the online poker operations will continue to develop more games such as the Spin & Go’s where the edge of the regular is so thin that the field will always be on the soft side.

The tournament format won’t ever die just because it’s the perfect combination of simplicity, skill and luck. The NLHE tournaments (especially the MTTs and the live big tournaments) are the perfect escape for the recreational player who can win them on any given day no matter how tough the field is. In this case, the regular has only a very small edge over the amateur and this edge can only be capitalized by playing lots and lots of games. With luck, the recreational player can win a large sum of money fast and easy.

And what about the other games like 2-7 Triple Draw and the mixed 8-Game? Can they cause a stir in the poker world? Well, they actually can. The action at nosebleeds has orbited around 2-7TD, 8-Game, O8 and PLO for the last couple of years and less around the NLHE cash games. Since the edge is significantly smaller, those games have a decent shot of profiting over ‘the death’ of the NLHE cash games. But as in the PLO case, these games are far more complicated to go mainstream.

‘Sportyfing’ Poker: Why not NLHE Cash?

Which leaves us to the old, ever-present NLHE. While the NLHE tournaments will move on, the cash games will become the playground of Kings. And if this is the case, certain opportunities may arise.

This fall, GPI’s Alex Dreyfus announced his plans of ‘sportifying’ the game. In this attempt, he came up with the Global Poker League, the first-ever professional poker league with real teams competing against each other. This is a great idea that could signal the birth of poker as a sport rather than gambling. And what better way to promote the sport than to make the teams play what many consider to be the ‘purest form of poker’ – a NLHE cash-like format.

Compared to the current tournament format of the GPI rankings, the cash games would be the perfect opportunity to prove the world that poker is a game of skill. Yes, the tournaments are in fact a living proof of that but to determine the best of the best, the GPI would require to organize many events. With cash formats, the winner would have much bigger chances to actually be the best at his game given a shorter time-span. Using this format, the edges between the best and just good are much better defined than in all other formats and versions of the game.

Just imagine a cash-like televised match between Phil Galfond and Doug Polk. Or between Daniel Cates and Isaac Haxton. What better game to show off their skills is in this world than NLHE cash? What better way to determine the best of the best than a NLHE cash clash?

Can you think of other games? Or do you have a different take on this matter? Leave a comment below and tell us how you envision the world of poker in the next few years.