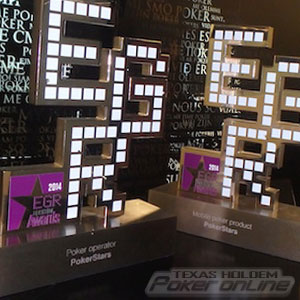 In spite of all the recent criticism, PokerStars remains the best poker product Internet has to offer, according to eGaming Review magazine.

PokerStars’ market domination was a fact in 2014 and the judging panel consisting of 17 highly successful entrepreneurs and innovators knew it. So did the 700 participants from the online gaming industry who took the Camden Roundhouse by storm for the tenth annual eGaming Review Operator Awards.

The poker room is by far the leading operator in traffic, prize pools, registered accounts, and game selection in all online poker. What stood out this year however and also what could have played a major role in taking down the 2014 Poker Operator of the Year award was the company’s innovation of its products and services.

Earlier this month, the operator officially launched PokerStars 7 with a brand new interface that includes chip graph tracking features, live events tab to plan journey and qualification route, multiple tournament and ring game filters. Moreover, since taking over PS in June 2014, Amaya has shifted the room’s strategy to concentrate more on attracting new players and encourage them to try out the games. This is how the controversial Spin & Go format was born, a lottery-type poker game with variable prize pools. Many condemned PS for introducing such high-variance games but still many embraced the new format with millions of Spin & Go’s being played in the first two months.

We’re very proud to be acknowledged by the eGR and the expert judging panel for our success as the leading online poker operator online and on mobile. Competition in our industry is always fierce and we’re proud to be recognized by our peers for delivering an outstanding product and service to millions of players.

PS was also selected the leading Mobile Poker Operator of 2014.

A majority of PS accounts are now created on mobile devices with a larger majority in more mature markets. An increasing number of players choose to play across both mobile and desktop products, while a healthy number opts to play exclusively on PS Mobile,

Hollreiser explained in the statement.

Next: the Operator of the Year award?

Next year, PS could very well take the next step and compete with the big boys for the most coveted award of them all: the Operator of the Year.

Amaya’s makeover doesn’t include only software upgrades and new poker games; it also includes entering the casino and sports betting market. Last week, Amaya released a statement announcing the launch of sports betting and casino games on a global scale. The company already made experiments in markets like Spain and with its other software Full Tilt. According to the statement, around 30% of the players active on PokerStars.eu play casino games and about 50% of Full Tilt casino players are actually ‘wedded’ to the brand and play casino games only on FT.

The first offerings – blackjack and roulette – will be available for all players by the end of this year. The sports betting will become available during 2015.

The Sports Betting Operator of the Year award was taken down by bet365.

The 2014 Game of the Year was won by Evolution with its innovative Immersive Roulette, an online live roulette game with different camera angles that allow players to see every single bounce and movement of the ball in HD. Next year, if the hype continues, the Spin & Go format could be a strong candidate for winning this award.