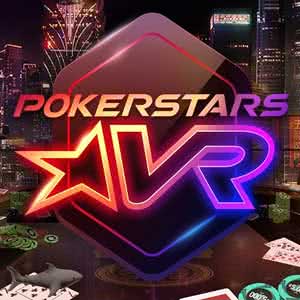 A new era in poker is on the horizon at PokerStars, an era that doesn’t concern itself with rake increases or loyalty programs, but one in which the latest technology takes center stage with the introduction of PokerStars VR, a Virtual Reality poker game that may just revolutionize online poker someday.

The launch date of PokerStars VR hasn’t been set in stone, with the release expected sometime later this year. At the moment, closed beta testing is being conducted by 100 volunteers selected by PokerStars to take part in the new experience, those players trying out poker via virtual reality on a number of platforms that include Steam, HTC Vive, and Oculus Rift.

Simply by putting on a headset, players may enter any one of five locations of their choosing, the options including lavish poker rooms in present-day Macau or Macau as envisioned in the future, a saloon reminiscent of the old days of poker in the Wild West where gunslingers ruled the roost, and a yacht on the high seas for high stakes. Whatever your choice of venue, PokerStars VR allows you to feel as though you’re really there, interacting with other players and feeling the chips and playing cards in your hands.

Severin Rasset, the Director of Poker Innovation and Operations at PokerStars, excitedly talked about PokerStars VR, stating that the next generation of poker will bring about a whole new dimension to the game:

PokerStars VR is a chance for us to take this amazing technology and bring something totally unique to poker players.

That uniqueness includes the ability to study and read the behaviors of opponents, picking up possible tells just as one might do in a live poker room. It includes social interaction, communicating with tablemates as if you’re next to each other, even though you might actually be located thousands of miles apart in the real world.

PokerStars VR will be free to play following the full launch that will occur once the testing phase has been completed and the product is ready for the masses. Anyone interested in poker will undoubtedly be curious about virtual reality poker and a first glimpse may likely be available on Twitch by various streamers who will certainly be among the first to display the latest technology.

Players were given a taste of the new PokerStars VR at a huge video gaming event in the UK called EGX 2018. Initial feedback from participants has been overwhelmingly positive, leading to expectations that online poker may one day be transformed into including virtual reality offerings on a regular basis.

While the new virtual reality poker environment is cool and unique and something to look forward to, don’t forget that it’s still poker and the object of the game is to be better than your opponents and win. But winning will likely be all that much better when the game feels more real than online poker as we know it today.