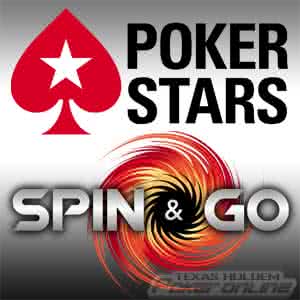 The new year started out on a high note for several players at PokerStars who managed to collect some big bucks at the Spin & Go jackpot tables.

More than $200,000 landed in the pockets of the Spin & Go enthusiasts when the top multiplier appeared on two separate jackpot tables just days after 2019 began. Part of the beauty of hyper turbo Spin & Go action is that you never know what the prize pool that you’re playing for will be until the wheel stops spinning and lands on an amount that could be thousands of times the big blind.

That’s exactly what happened when ‘jmaciel157’ from Brazil plunked down $15 on a Pot Limit Omaha Spin & Go. He and tablemates ‘antidrasi198’ and ‘Edushpk’ watched in anticipation as the prize pool landed on $180,000 – a multiplier of 12,000x, which happens to be the largest possible Spin & Go multiplier.

When a jackpot hits on the Spin & Go tables at PokerStars, all the players share the loot, as opposed to lesser multipliers in which the game is played under a winner take all format. For the $15 buy-in Spin & Go, the two losing players were guaranteed $15,000 while the winner was assured of a massive $150,000 jackpot.

It took all of nine hands for jmaciel157 to dispose of his opponents, claiming the huge prize. And he did so in fine fashion, connecting for a club flush on the river, demoralizing Edushpk, who hit a nut straight on the flop.

With antidrasi198 already sent to the rail on the previous hand, Edushpk joined him there, each player still having plenty to cheer about after taking home $15,000 on a $15 buy-in. But the man of the hour was jmaciel157, who was $150,000 richer and a likely Spin & Go player for the rest of his life.

One day after jmaciel157 connected for $150K, another huge Spin & Go jackpot lit up the tables at PokerStars. This time it was a player with the screen name of ‘Gy.Tomi’ who enjoyed some good fortune.

Hailing from Hungary, Gy.Tomi took his turn at a $7 No Limit Hold’em Spin & Go. A regular at low stakes Sit & Gos, the Hungarian and his opponents were aiming for a jackpot of $70,000.

With the first elimination out of the way Gy.Tomi was up against ‘Columnist53’ for the jackpot, while holding roughly a 2-1 chip advantage. Both players got their chips in the pot pre-flop, Gy.Tomi with A-K suited and Columnist53 all-in with pocket nines.

Gy.Tomi was in danger of losing his edge in chips when the flop and turn failed to pair up his hole cards, the board showing 7-Q-10-8. But a fortuitous jack on the river gave Gy.Tomi a straight and a $70,000 jackpot.

Spin & Go action runs 24/7 at PokerStars. There’s no telling when the next big jackpot will hit, but 2019 sure got off to an incredible start for a number of loyal players.