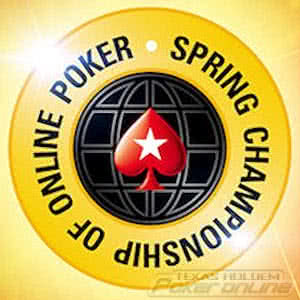 There’s something about anniversaries that gets the folks at PokerStars pumped up, so much so that they announce never before seen prize pools such as the $65 million guaranteed for the 10th birthday of the Spring Championship of Online Poker (SCOOP) to take place from May 6-21.

The 2018 SCOOP will be the largest ever in PokerStars history and will consist of 183 tournaments over the course of 16 days, with at least one event each day guaranteeing $1 million in prize money. If you’re thinking that you need to be a high roller to participate, guess again because there are buy-ins designed for every budget.

SCOOP is set up as a three-layered series of 61 events with entry fees categorized as low, medium and high. It allows players of every means and skill level to take part regardless of the size of your bankroll. Simply pick whatever buy-in of the 183 events (61 x 3) best suits your budget.

There are more goodies in store for SCOOP players this year such as the five Platinum Passes to be awarded to a handful of winners. Each Main Event champion will get one, as will the SCOOP Tournament Leaderboard winner. The last man (or woman) standing in a special all-in shootout will nab the fifth Platinum Pass.

Each Platinum Pass is valued at $30,000 and includes expenses for travel, luxurious hotel accommodations, and a seat for the PokerStars Players No-Limit Hold’em Championship set for January 2019 in the sunny Bahamas. Platinum Pass winners, whether poker pros or improving recreational players, are practically guaranteed a fantastic experience and a poker vacation to remember.

In addition to the Platinum Pass giveaway and $65 million in guaranteed prize money, SCOOP players should take note of the following:

The 2018 SCOOP extravaganza featuring $65 million guaranteed and a slew of other prizes looks to be a fine way to celebrate 10 years of a popular online poker series. It will take place not long after PokerStars commemorates its 12th anniversary of the Sunday Million on April 22 with a special Sunday Million 12th Anniversary Edition: Take 2 that guarantees $10,000,000 in prize money – even though the Take 1 version in February resulted in an overlay of more than $1.2 million.