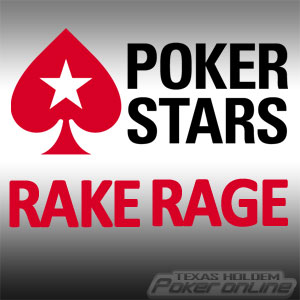 The announcement that PokerStars is to increase rake and fees across a wide variety of games was not received well by members of the online poker community.

Yesterday, PokerStars published a post on its corporate blog advising players that the percentage of rake deducted from certain cash games, and the fees charged to enter multitable tournaments and Spin & Go games, was to increase from next Monday (March 28th).

Pitched as pricing revisions by Eric Hollreiser – the Head of Corporate Communications for Amaya Inc. – the PokerStars rake increase is the result of a review of the current business environment and the pricing policies employed across the competitive landscape for online gaming.

Hollreiser insisted that, even after the PokerStars rake increase, the site had the lowest rake and fee structure when compared against its major competitors. However, many in the online poker community objected to the pricing revisions coming so soon after a rake cap raise and a reduction in player benefits, and they took to social media to express their criticism of the PokerStars rake increase.

The Key Changes to PokerStars Rake and Fees

Under the section of the blog post entitled Key pricing changes, Hollreiser went into minimal detail about new rake percentages and rake caps in cash games, saying that they will be increased in some no limit and pot limit ring games.

Possible one of the more controversial changes is to charge fees on re-buys and add-ons. Based on figures produced by David Vamplew for a tournament in which a player makes three re-buys and one add-on, this makes playing in a PokerStars R/A tournament more than twice as expensive as a comparable event on 888Poker, and five times more expensive than on PartyPoker and the iPoker Network.

Much of the criticism of the PokerStars rake increase was predictable and unprintable, and those who attempted to defend the increases in rake and fees with comments such as you don´t have to play at PokerStars or it´s a private company, they can do what they like were also the target of significant abuse.

Amongst the wave of criticism, however, there were some astute observations. One contributor to the 2+2 forum noted that the increase in fees to hyper-turbo tournaments and Sit & Go games was more likely to affect players competing from their mobile devices. It was also pointed out that many players would avoid R/A satellites into larger tournaments because of the increased costs.

Possibly the most (justifiable) vocal criticism was about how a graph in the PokerStars blog had cherry-picked specific types of games to imply the site still had the lowest rake and fee structure when compared against its major competitors. Plenty of contributors to the 2+2 poker forum produced comparisons of their own demonstrating how it is now more expensive to play specific types of games on PokerStars than elsewhere.

Another Communication Error by PokerStars?

Further criticisms revolved around how PokerStars had communicated its rake increases. In the blog, Hollreiser had mentioned rake and fee increases of one or two percentage points, but when comparing the site´s prices against its competitors mentioned them as up to 19% more expensive than PokerStars. One contributor to the 2+2 forum commented:

More communications errors it looks like. They accidently said the rake increase was only 4% when they meant to say 50.

Hollreiser was also criticized for producing a comparison graph that ignored the effects of player rewards and rakeback. PokerStars recently reduced the value of its rewards program to all but a handful of low volume players, meaning that the net comparison between PokerStars and its competitors is much different than is being implied by the graph.

Unfortunately, the announcement of the PokerStars rake increase overshadowed the launch of PokerStars in New Jersey – which although not spectacular saw around 400 players logged into the site at its peak (Two years ago, Party/Borgata was peaking at 850 players). Plenty of players used the opportunity to express their feelings about the rake increase on PokerStars.

@elkypoker no disrespect to you dude, you seem like a nice guy but once again @pokerstars is shafting us up the arse

Wow @PokerStars raising their rake again. Absolute joke of a company these days. I don’t even want them to come back to US anymore

Could the Rake and Fee Increases Be Cancelled?

The last time PokerStars proposed a major change to its rake and fee structure was in October 2014. On that occasion, the site cancelled the proposed changes to appease the waves of criticism. This time around, PokerStars´ parent company has a massive debt outstanding to the companies that funded the buy-out of the Rational Group and its stock price is coming under pressure. A reversal of the rake and fee increases looks unlikely.