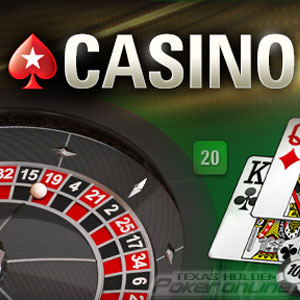 The recent additions to the PokerStars Casino appear to have got the thumbs up from players judging by the traffic being drawn to the new games.

Earlier this week, PokerStars considerably expanded the gaming options in its online casino to include slots, baccarat, Heads-up Hold´em and “Doubleball roulette” and, judging by the number of games being played and tables being filled, the new additions have been a remarkable success.

Already hundreds of thousands of spins have been played on the twenty-seven slot games available in the desktop client, while the Heads-up Hold´em tables have seen plenty of players pitting their wits against the bank and trying to take advantage of some interesting side-bet options.

In the press release announcing the introduction of a slots option in the PokerStars casino, Sam Hobcraft – PokerStars´ Casino Director – said:

Our players tell us that slot games are their favourite casino games and we´re especially happy to provide them with some of the most popular titles in the world.

Although Hobcraft may have been a little over the top with his statement that the slots provided by PokerStars were the most popular titles in the world (there are no progressive jackpot games for example), he was pretty accurate with his impression about how the introduction of the slot games might be received.

The Ali Baba slot game – a five-reel slot with spins starting from just $0.01 and two bonus features – has almost hit a quarter of a million spins in just two days, while the most expensive slots to play – Treasure Island and Sinbad – have also seen a lot of action, possibly due to their high percentage payouts.

When new games are introduced to a casino, they often attract action from players who have a novelty interest – who then quickly tire of the games and go back to playing what they are most familiar with. This does not appear to be the case with Heads-up Hold´em, which is packing out the tables.

If you have ever played Caribbean Stud Poker either online or at a casino, you will be familiar with the format of Heads-up Hold´em. Basically players have to pay an ante and a bet to be dealt their pocket cards. The dealer then deals the flop, turn and river – with a round of betting action between each – and players win if they have a better hand than the dealer (who has to make one pair or better to qualify).

It is possibly too early to comment on how the baccarat tables are performing. Players should have a good understanding of the game before attempting to take on the house in a game of baccarat and this seems to have limited the traffic so far. “Doubleball roulette” is an interesting concept because of the reduced risk of variance but, of the games introduced into the PokerStars casino, is the one most likely to be considered a novelty and abandoned by players for the standard roulette game.

Where to Find the New PokerStars Casino Games

The new casino games can be accessed by most players on PokerStars.com and PokerStars.eu via the desktop poker client. Simply click on the “Casino” tab and you will see the new “Slots” tab between the “Table Games” and “Live Casino” tabs.

To access Heads-up Hold´em and Baccarat, click on “Table Games” and then select “Other Table Games”. Players wishing to try their hand at Doubleball Roulette will find the new game under the existing “Roulette” tab.

Players visiting the casino from the PokerStars mobile app do not yet have access to the new games – only roulette and blackjack is available at present – and the response to the new games in the desktop client will probably be assessed first to see if an expansion onto the iOS and Android software is viable.

Good luck at the (new) casino tables at PokerStars!