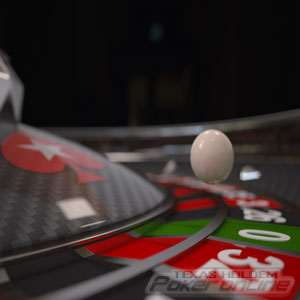 PokerStars broke tradition by launching online gambling offerings other than poker on one of its websites.

In perhaps a sign of things to come on its global poker site that rules the world in player traffic, Blackjack and Roulette have been rolled out on PokerStars.es. The launch was announced via press release as a way for players to “enhance their experience with PokerStars” and continue to be entertained via new casino game offerings with a safe and trusted brand.

Both real-money and play money action can be accessed by Spanish players under a variety of stakes. Indications are that the launch of casino gaming in Spain may soon be followed on PokerStars.it in Italy. When or if online casino action is expanded to include PokerStars.com –the industry leader in online poker by a wide margin –has not yet been revealed.

We know that many of our customers are enjoying online casino games on competing platforms,

said Gino Appiotti, who holds the title of President of PokerStars in Southern Europe.

PokerStars aims to remain as the number one poker operator in Spain and strongly believes that in this market, adding casino games is the best way to serve players.

What can be expected in U.S. market?

PokerStars’ entry into the U.S. market in New Jersey is expected before too long and players there may be wondering if online casino action will be included in the offerings. The answer is likely ‘yes,’ as the competition in New Jersey is not limited to poker-only and it certainly makes sense for PokerStars to branch out in that direction as well.

As most are undoubtedly aware, PokerStars is under new ownership with Amaya Gaming and that change lends itself toward extending beyond online poker. The Rational Group previously appeared hesitant to make such moves, but the game has changed following the $4.9 billion sale and the absence of the Scheinberg father-son duo.

Sister site Full Tilt has already launched online casino gaming such as slots, Roulette and Blackjack. That coincided with the recent decision to drop “Poker” from its name in order to be known as a domain that provides more gambling options for players than just online poker.

PokerStars launched in 2001 under its dot.com domain and has since become regulated in roughly a dozen jurisdictions with an assortment of websites, some of which cater to ring-fenced markets. PokerStars.es is the first (but not last) to host gaming other than Internet poker. Continue reading about PokerStars in our full review here, or check out our instructions on how to use the marketing code.