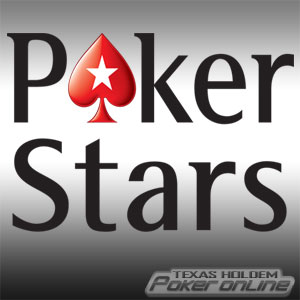 PokerStars have announced that to celebrate their 800,000th tournament, they will be hosting a week-long series of bonus Sit n Go and multi table tournaments.

The PokerStars Carnival of Tournaments will take place from next Sunday (October 13th) and run through to Sunday 20th October when, at 1.00pm (ET), PokerStars will be playing the 800,000th multi table tournament hosted on the site since the first hands of real money poker were dealt back in December 2001.

To celebrate its fantastic achievement, the 800,000th tournament will carry a $1 million guarantee (for a $109.00 buy-in) and offer spot prizes throughout the first two hours of the tournament. As well as the Carnival feature event, PokerStars will also be increasing its mid-week tournament guarantees from Monday October 14th and re-running its popular Golden Sit n Gos.

PokerStars will also be offering $100,000 worth of tournament tickets as “bubble ticket prizes” to players who just fail by one spot to cash in any of the “Big”, “Bigger” or “Biggest” tournaments.

The Return of the Golden Sit n Gos

As part of the Carnival celebrations, PokerStars will also be running its very popular Golden Sit n Go promotion, in which tables are randomly selected as “Golden” tables once players are seated and each player wins a cash prize immediately plus the value of the tournament is enhanced. There are three randomly distributed prize levels:-

PokerStars have put aside $500,000 for the “Golden Sit n Go” promotion which runs from Sunday 13th October to Saturday 19th October, and players competing in any standard real money Sit n Go’s will be eligible for a prize; including Heads-Up, 6-Max, multi-table and Hyper-Turbos. Unfortunately satellite Sit n Gos and those included in PokerStars´ Steps program are ineligible for this promotion.

Some time ago we wrote a three-part strategy article about playing 180-player multi table Sit n Gos, claiming that they were among the most lucrative types of poker game provided by PokerStars. Since then PokerStars have re-distributed the prize money so that 27 players now get paid, and although this means that you now have to win 2.25 games per hundred to return a profit (not counting min cashes and final table appearances), it still is the preferred way for many to grind out a decent bankroll on PokerStars.

During the Golden Sit n Go promotion, you can expect these tables to be starting up every few minutes. If you are lucky enough to be selected as a 5X Golden Table, and you go on the win the game, the prize you win will equivalent to your next 223 buy-ins (plus the 5 buy-ins you received for just being selected as a Golden Sit n Go table).

If you have not played 180-player multi table Sit n Gos for a while, hop over to PokerStars (about the only site that can fill a 180-player game relatively quickly) and get practicing in preparation for the PokerStars Carnival of Poker.