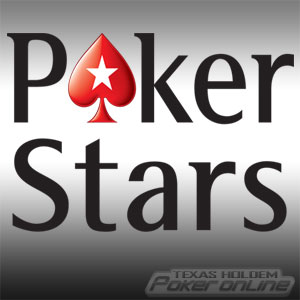 PokerStars have announced that it is going to attempt a new world record for the online poker tournament with the largest number of players on February 23rd.

Not content with setting a record of 225,000 players in a single online poker tournament during its “Road to 100 Billion” promotion last year, PokerStars is aiming to raise the bar higher on February 23rd, with a $1.00 buy-in event that will be capped at 230,000 entries and guarantees a prize pool of $300,000.

The tournament offers the chance for one lucky winner to walk away with a staggering $25,000 first prize and, in order to promote the event, PokerStars is also offering a free entry ticket to existing players who make a deposit of $10.00/£7.00/€8.00 (or more) into their accounts using the PokerStars bonus code “RECORD2014”.

The attempt to get another Guinness World Record gets underway at 13:00pm (ET) on Sunday 23rd and will be supported by hosts of PokerStars Team Pros. The $1.00 buy-in tournament is a freeze-out event with no late registration, re-entry or re-buys allowed, and levels of just three minutes throughout.

Players get a stack of 1,500 chips to emulate the performance of Russia’s “Mr.SlavaPro”, who took down last year´s world record in little over 4 hours, and registration is already open for the world record attempt. The tournament can be found in the > “Tourney” > “Special” lobby or players can use the Ctrl+T function to enter the Tournament ID 861705905.

Support Your Country through the Olympics

PokerStars has also produced a new range of avatars in the form of national flags to coincide with the 2014 Winter Olympics, and players are invited to show support for their national teams by downloading their county´s colours (you can always change it back if your team perform particularly badly).

The range of avatars can be accessed by clicking on the “Options” tab at the top of the PokerStars client and selecting “Country Avatars” (the first item on the list) or click the “Get Avatar” button on any of the “Support Your Country” banners in the PokerStars lobby.

PokerStars has also launched two “Entertainment Packs” for players who make deposits into their accounts prior to February 23rd. The entertainments packs each contain tournament entry tickets valued at either $1.10 or $2.20 (depending on the PokerStars bonus code used) plus a free entry into a $120,000 shoot-out in which players could win their share of $120,000 within minutes.

In order to get hold of an entertainment pack, players should make a deposit into their PokerStars account (in addition to the one for the World Record Attempt) using: