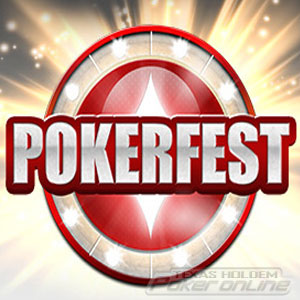 It was another frustrating Sunday night for players on PartyPoker.com as multiple Pokerfest events and qualifiers were cancelled due to “network issues”.

If executives at Bwin.Party are looking to find a solution to the 25% decline in poker revenues that was reported in the company´s Q3 financial statement earlier this month, they need look no further then the software crashes, disconnects and network issues that yet again managed to ruin another Sunday´s action on partypoker.com.

This Sundays´ problem was reportedly caused by the site´s Gibraltar ISP experiencing a “network issue”, and it resulted in the cancellation of two high value Pokerfest tournaments – including the $150,000 guaranteed Super High Rollers – and a stack of qualifiers into the later events in the Pokerfest schedule.

Players are still waiting to find out if they will be refunded their buy-ins for the events that went ahead – but which were “unplayable” – as PartyPoker´s customer service was (yet again) conspicuous by its absence and the site was forced to abandon its live chat facility due to the volume of enquiries it was receiving.

Pokerfest Fails in so Many Ways

Pokerfest was supposed to be PartyPoker´s feature tournament series of the autumn – promising more than $2 million in guarantees over 79 events. Advertised as “Bigger.Better.Richer”, the series has failed to attract the imagination of players – with more than half of the first thirty events failing to reach their guarantee – and the cancellation of Events #38 and #39 last night reducing the series value by $225,000.

There are many reasons for players not bothering with the series in addition to the software issues that have plagued PartyPoker since its most recent upgrade (some would say since 2008). Players have complained about:

Last Night´s Problems the Worst Yet

Yesterday´s problems were a continuation of disconnection issues that had plagued both tournaments and cash games for several days, and culminated with a complete freeze around midday EST / 5:00pm CET as players in Europe logged into their accounts to compete in the evening´s action. Messages were sent out on Twitter and posts made on forums to advise players that:

“We are currently experiencing connectivity and bandwidth issues with our network provider in Gibraltar. We are working with the network provider to resolve the issue. As a result we are forced to cancel upcoming tournaments. We apologize for the inconvenience caused”.

The “upcoming tournaments” included six qualifiers to Pokerfest events, one Sunday Major, two PLO tournaments and a stack of satellites to non-Pokerfest tournaments. An hour later the message went around social media channels that the network provider in Gibraltar had resolved the connectivity and bandwidth issues, and that the day´s events would continue as normal.

However, after the disconnection problems continued, PartyPoker decided to pull the plug on all its remaining tournament schedule at around 4.30pm EST / 9.30pm CET – just an hour before the $1,000 buy-in Super High Rollers event was about to get underway. The message posted on the Party Poker thread on the 2+2 forum read:

We have taken the decision to cancel all tournaments which are due to start in the next 2 hours due to the Gibraltar ISP network issues we are currently experiencing.

This cancellation will affect the remaining two Pokerfest events; Event 38 – $75,000 Gtd and Event 39 – $150,000 Gtd, along with all other guaranteed and non-guaranteed tournaments in our schedule.

We sincerely apologize for the inconvenience caused this evening and would like to highlight that we are doing our utmost to ensure a stable network is resumed as soon as possible.

With the multiple problems affecting the PartyPoker download – and player´s indifference to the PokerFest series as a whole – the potential exists for a massive overlay in next weekend´s $300,000 guaranteed Pokerfest Main Event (Event #72).

Players prepared to risk the $200 buy-in are likely to experience just as many problems from the software as are presented by their opponents but, with fewer players being able to qualify for the Main Event through PartyPoker´s mis-considered satellite structure, the overlay could be as high as six figures.

Maybe that will be a wake-up call to the executives at Bwin.Party and prompt them to invest in some decent software!