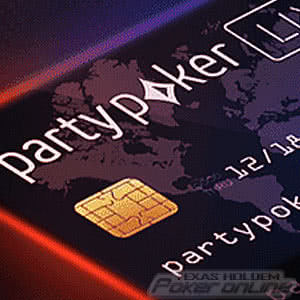 Party Poker is running a year-long leaderboard competition in which you could win up to $100,000 in the site´s new live poker currency – PPL$$$. The currency can be used to enter any Party Poker LIVE event, to play in selected online satellites, or to pay your travelling expenses when you attend a LIVE event.

Party Poker LIVE is rapidly becoming one of the biggest tours on the live poker circuit. Having just wrapped up Season 1 with the $10 million guaranteed Barcelona MILLIONS Main Event, the tour has an ambitious Season 2 ahead of it – with five events carrying guaranteed prize pools of $10 million or more including the $25 million guaranteed Caribbean Poker Party.

To support its live tour, Party Poker has launched a new live poker currency – PPL$$$ (Party Poker LIVE dollars). The currency can be used to enter any LIVE main or side event at any Party Poker-sponsored Country Championship, Grand Prix or WSOP event, as well as the live and online MILLIONS events. It can also be used to enter selected online satellites and to pay for travelling expenses.

Similar to its live event qualifiers, Party Poker is running a four-stage “satellite” program in which the top ten players in each “Final” win $5,000 worth of PPL$$$. The program can be bought into at any stage and, from the quarter-final stage onwards, successful players carry forward their chip stacks into the next stage. The full program look like this:

In theory, you could start your Party Poker LIVE experience by entering a $0.10 buy-in Centroll and winning $5,000 of LIVE event buy-ins that could then take you to even higher rewards. You don´t have to use your PPL$$$ in one go, and you could save them up to enter one of the tour´s more valuable events as well as pay for first class air travel to attend the event.

To support the launch of its new currency and attract players to the four-stage “satellite” program, Party Poker is running a year-long leaderboard competition in which the top one hundred players will win a share of one million PPL$$$. The competition starts on Monday 16th April and will run until the conclusion of the Barcelona MILLIONS event next year.

We´ve spent a lot of time this year listening to players and one of the most common criticisms about the online to LIVE satellite route has always been getting locked into specific events when circumstances may change. Enter PPL$$$. These can be used to buy into any Party Poker LIVE event worldwide and also to pay for travel and accommodation. You just have to spend them within twelve months.