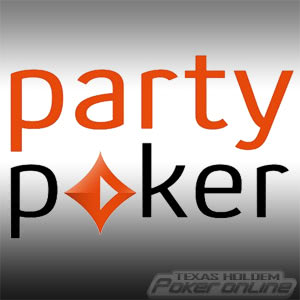 In an effort to create a balanced poker site for players of all skill levels, Party Poker will ban third-party software that gives users an edge over others.

Software such as Heads-Up Displays (HUDs) that reveal valuable statistical information concerning the tendencies and playing styles of tablemates will soon be off-limits at the growing poker room. HUDS have long been controversial in online poker usage and lambasted by critics who claim that having such information at one’s fingertips creates an unfair advantage.

Certainly, a player using a HUD that has compiled information on opponents from previous hand histories and reveals statistical percentages regarding raising tendencies and aggression can use such data to make more efficient decisions in various situations. Poker purists argue that such tools – Hold’em Manager and PokerTracker being the most widely used throughout the industry – make a mockery of the game and are a far cry from the way poker was intended to be played in a live setting.

In addition to banning HUDs, players will lose the ability to download and study hand histories, having instead to rely on a Party Poker hand replayer. Also, once the new HUD-free changes have been implemented, all players will be required to create a new screen name, rendering any databases that currently exist ineffective.

The new policy outlawing third-party software and tracking tools will likely be put into play next month. So said a Party Poker representative identified as Colette Stewart during a Discord chat that was focused on customer support.

Party Poker has yet to officially announce the news on their blog or via a press release. However, the ban on HUDS was actually revealed last month on the CalvinAyre gambling and crypto site during an interview with Dusk Till Dawn casino owner Rob Yong, who is also a partner of Party Poker.

Yong stated that “lots of changes” were afoot at Party Poker as the site aims to take over the top spot in the market by concentrating on putting players first and creating a safe and trusted poker-playing environment. It’s all part of a five-year plan that’s already in its third year, Yong added, with considerably progress already having been made as is widely in evidence by all who have been following the poker room.

That progress was punctuated recently with the announcement that 277 bots had been identified and banned from logging on at Party Poker. As a result, $734,852.15 in funds were redistributed to affected players. A new Poker Fraud Team is responsible for the banning and refunds, with more such announcements expected to be made in the future.

The ban on HUDS and bots is part of a trend at a number of sites that’s aimed at catering to recreational players. The lifeblood of any poker site are the players who deposit and bring more money to the table – not the superbly skilled and pro players who do most of the cashing out.

For that reason, poker sites such as Party Poker are intent on creating an environment that’s more enjoyable and fun for their customers who tend to occupy the portion of the player spectrum that might best be defined as casual. On the other hand, Party Poker did also recently create a Diamond Club Elite tier in its loyalty program for serious grinders.

The DCE level affords players the opportunity to receive 60% cashback – an almost unheard of percentage. It proves that Party Poker does have an eye on welcoming pro players to its tables, while still making life better for the recreational crowd.