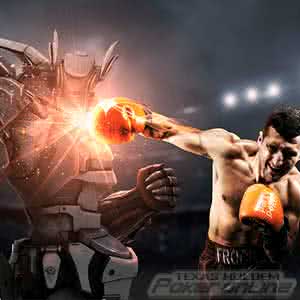 A revamped Party Poker Fraud Team has closed 277 accounts tied to players using bots and has reimbursed affected players $734,852.15 as a result.

That announcement was made in a Party Poker press release, the growing poker site explaining that any and all incidents of bot use and cheating will be dealt with appropriately in order to ensure fairness and safety of funds. The redistribution of $734,852.15 covers a 4-month period from December 1, 2018 thru March 31, 2019.

Party Poker ambassador Patrick Leonard warned players intent on cheating that it isn’t worth “trying to bend the rules” because the poker room will eventually catch you and shut down your account. He added that the detection of bot usage and cheating through such avenues as collusion has become quite advanced as of late and it won’t be tolerated at Party Poker.

Two years ago it wouldn’t have been possible, but after seeing the security department first hand, the team working there and the tools they are using, I’m very confident now that they can tackle people trying to play against the rules.

‘Bots’ is an abbreviated term derived from the word ‘robots’. It refers to computer programs of artificial intelligence that can play poker against humans.

There remains considerable controversy over whether bots are easily beatable on the poker tables by shrewd players who can detect their playing styles and how they are programmed to operate. However, a distinct advantage that poker bots enjoy is the lack of emotions, allowing them to avoid making poor decisions and “going on tilt.”

It is against the terms and conditions of most poker sites for players to employ bots at the tables. But human nature being as it is and with lots of people always looking for easy ways to make money, bot usage is considered to be one of online poker’s biggest problems.

Some poker sites take a very active role in combating bots and snuffing out cheating. Other sites perhaps look the other way as long as their player base is generally happy.

Party Poker is one of the more active poker rooms, investing a considerable amount of resources in order to offer poker games that are honest and fair. The Party Poker Fraud Team, made up of former pro players who possess the required expertise and knowledge to detect many forms of cheating that include bots and collusion, was recently expanded in an effort to protect the site’s customer base and rid the poker room of nefarious activity and players.

We take great pride in being open and honest with you, our valued customers, and are pleased to confirm 277 ‘bot’ accounts have been closed and $734,852.15 has been redistributed between December 2018 and March 2019. https://t.co/FLwl27Q7CT 18+. Play responsibly. begambleaware pic.twitter.com/CbxPHbdAwh

A large majority of the 277 players who were recently banned at Party Poker were axed by the beefed up Party Poker Fraud Team. The work of that team is far from over and players can anticipate regular updates regarding account closures and the redistribution of funds as time goes on.

Party Poker players who notice any suspicious behavior on the tables whether it be bots or collusion – the latter being two or more players working together in an attempt to gain an unfair advantage over their opponents –  should report their findings to Party Poker immediately via an email directed to info@partypoker.com. All incidents reported will be investigated by the fraud team.