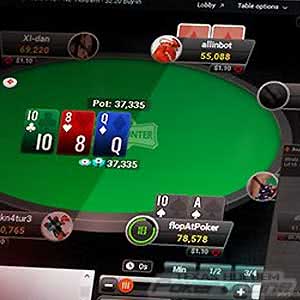 A recent software upgrade at Party Poker included a feature that is of great importance to serious tournament players, the ability to see your chip stack and that of your opponents in terms of the number of big blinds remaining instead of the numerical value of the stacks.

Tournament players often make decisions of whether to call, raise, or fold based on chip stack size in big blind totals. However, players who would rather see stack totals numerically have the option to do so as well, as the software allows players to view it both ways via a simple left click directly on the chip stack.

Change One Table or All Tables

The change applies only to the table where the player is currently seated. But multi-tabling players can apply the big blind view over all tables by clicking on the appropriate setting in “Table Options.”

It’s much more important for tournament players in particular to understand how many big blinds they have. Anything that makes the game simpler to play is a positive development.

The new feature is part of a software update at Party Poker that was implemented just in time for the POWERFEST series that got underway on September 2 and will run through the 23rd. A whopping total of $60 million in guaranteed prize money will be paid out to winning players over the course of the festival that’s scheduled to host 670 tournaments. 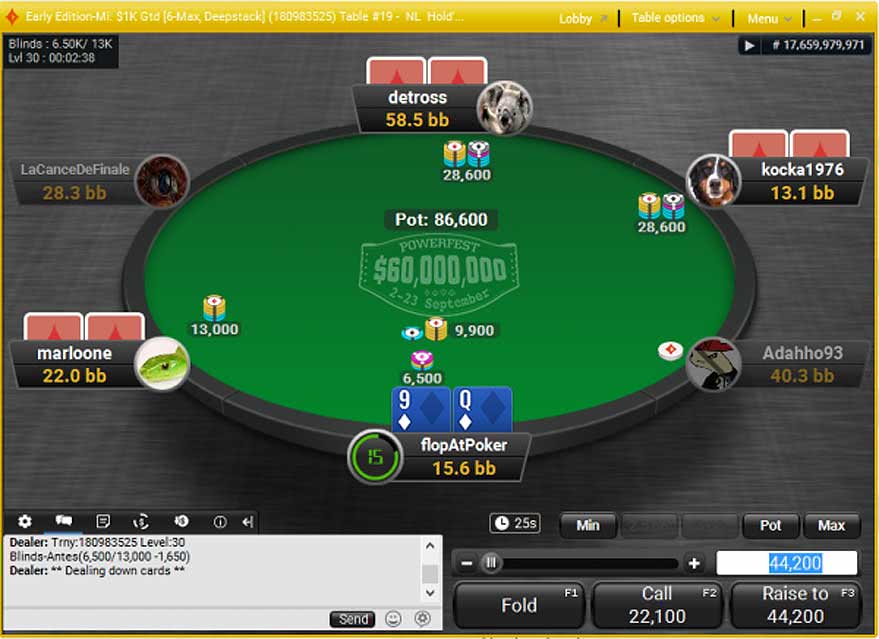 In addition to the change that allows viewing stack sizes in terms of big blinds, Party Poker made additional software enhancements designed to improve functionality and table appearances. It marked the fifth time that the poker room made such an upgrade within the past year, a series of continuous improvements in order to augment the poker playing experience for its customers.

The enhancements include the following:

The software upgrade will be noticed in both the Oval and Racetrack table views for players using Windows. Player screen names are larger, as are the chip balances and hole cards. Taking notes on tablemates allows for color codes of various player types, a categorization that can be crucial for winning play.

PC and Mac users have additional enhancements at their fingertips, such as the ability to multi-table up to a dozen Sit & Go Jackpot games and a feature that allows for filtering MTTs according to buy-in amounts. More software upgrades are expected in the near future.

Although not falling under the category of software improvements, Party Poker made a few other tweaks to Power Series tournaments as a result of player feedback. The adjustments include a reduction in late registration times, the restructuring of tournaments to create earlier finishes without ruining the quality of each event, and 86ing all Progressive Knockout tournaments in favor of freezeouts.