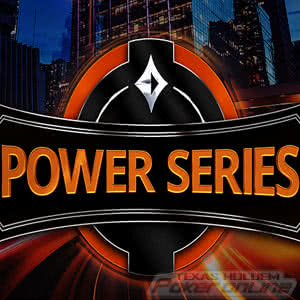 pA key sign of a good poker site is one that listens to feedback from its players and then makes positive changes from the information received. Party Poker has done exactly that, and the result is a new and improved satellite schedule designed to enhance player options for the ongoing Power Series.

The Power Series is Party Poker’s weekly tournament schedule that guarantees more than $10 million in prize money paid out every week. Players who log on to the site will find an action-packed schedule of Daily Majors events, with entry fees priced at every imaginable level and each day tending to follow a theme. The tournament buy-ins start as low as $0.55

The loyal customers at Party Poker are sure to give a big thumbs up to the changes that begin with the elimination of Mega Satellites and the removal of the automatic registration system that saw feeders of lower buy-ins placed directly into the next available tournament. Auto-registration has been kicked to the curb in favor of tickets placed into the accounts of players who win their way into a tournament with a higher buy-in.

The winning tickets must be used within a seven-day time period unless stated otherwise. That’s a huge change and one of extreme convenience for players who can now pick and choose the tournaments to their liking with regard to starting times instead of being forced to jump into the next event on the schedule.

Suggestions from players was also the reason behind the addition of tournaments priced at $22 and $55 to the satellite schedule. The loyal following at Party Poker requested satellites with buy-ins under $109 and their wishes were granted.

The new satellites feature either re-entry or rebuy formats and can be found by clicking “Satellites” in the tournament lobby. With satellite action running around the clock, Party Poker aims to satisfy early risers as well as night owls with a wide assortment of tournament options.

The flexibility of the new schedule should please even the harshest critics, whose feedback and ideas continue to be welcomed by the brass at Party Poker.