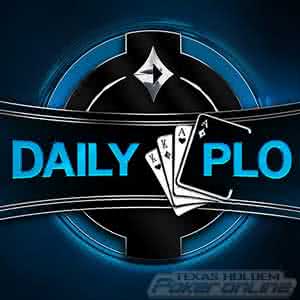 By heavy we mean PLO tournaments starting every half hour from 7:30 CET to 05:30 CET of the following day. It all adds up to weekly prize pool guarantees in PLO events totaling $435,000. Almost half of that guaranteed total – $198,000 – is reserved for weekend action when more players have free time and are at the tables.

The buy-ins for the new and improved PLO Power Series schedule start as low as $2.20 and go as high as $530. There are lots of different entry fees within the two ends of that spectrum, promising plenty of action for all budget sizes, whether you’re a recreational player, a seasoned pro, or somewhere in-between.

No matter the buy-in, the starting stack for all Power Series Pot Limit Omaha events is set at 200 big blinds. Each tournament is structured in the style of the recently completed MILLIONS Online, the record-breaking tournament held last month at Party Poker that paid out more than $21 million – the biggest online poker tournament ever.

In addition to a wide range of buy-ins, there’s also a variety of speeds with regard to blind levels. Players can choose among Normal, Fast, Turbo and Hyper PLO games, which is certainly a welcome mix sure to satisfy everyone.

All Events are Freezeouts

What may not satisfy all players but will likely appease the majority is that the Power Series PLO tournaments are all structured as freezeouts. No re-entries or rebuys are permitted, forcing players to make do with starting stacks of 200 big blinds, which really is plenty of chips to work with.

Party Poker makes a point of listening to suggestions and feedback from players. Among the desires that many players mentioned was for more freezeout events, so Party Poker responded by lessening the number of re-entry tournaments.

Additional facts to know about the Power Series PLO schedule is that all play will be on six-handed tables. That increases action and creates looser play, as the blinds come around much faster than on 9-player tables.

Of course, players who enjoy Bounty Hunter tournaments will have their share of events to choose from as well, with the bounties on the head of each player increasing as they continue to eliminate opponents and run deeper in the tournament. Party Poker has set a new standard for Progressive Knockout (PKO) tournaments by not taking any rake on the bounty portion of the entry fee.

The new and improved PLO Power Series schedule kicks off on Sunday, January 13. There will be 61 tournaments to choose from with guarantees totaling $129,350.