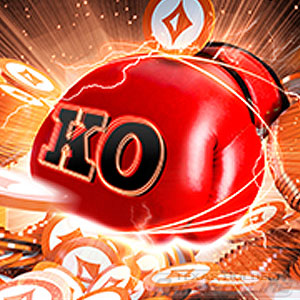 Party Poker has added progressive knockout tournaments to its portfolio of games and scheduled twenty-one events each week with a variety of buy-ins.

The concept of progressive knockouts is exciting as, when you get to the later stages of a tournament, you could win more for knocking out a player who has been prolific throughout the rest of the tournament than you might receive for winning the first prize. It also gives players who don´t get “into the money” a chance to finish the tournament with more than their buy-in.

When you buy into a progressive knockout tournament, the buy-in is typically divided equally between the prize money and the bounty on each player´s head. So, in a progressive KO with a $10.00 buy-in, $5.00 would go towards the prize pool and each player would start the tournament with a $5.00 bounty on their head.

Progressive knockout tournaments are not a new feature of the online poker landscape – they have been available on some other sites for a number of years. However, they have been sadly lacking in Party Poker´s otherwise impressive portfolio of games. Now, due to popular demand, the site has added progressive KOs to its schedule and supported the launch of the games with some healthy guarantees.

A Welcome Addition to the Party Poker Portfolio

The new tournaments are a welcome addition to the Party Poker portfolio of PowerFest events – a series of more than 450 boxing-themed tournaments that pay out in excess of $2.5 million each week. The range of buy-ins and a comprehensive satellite steps structure gives every player an opportunity to share in some valuable prizes – even if they do not finish among the top spots on the payout table.