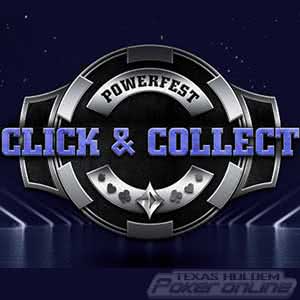 The upcoming POWERFEST series at Party Poker just became more valuable at no extra cost to players with the addition of a Click Cards promotion that will dole out free tournament tickets ranging from $1.10 all the way up to the top prize of $5,200 every day during the festival.

Players need only to log in each day during the POWERFEST series that’s scheduled to run from September 2-23. A Click Card ticket will be revealed daily and the value of the ticket will be one of four different stake levels, either $1.10, $5.50, $16.50, or the massive prize of $5,200.

This marks the ninth installment of POWERFEST and it’s destined to be a series to remember with $60 million in guaranteed prize money to be awarded over 670 events. The buy-ins will range from Micro to Super High Roller, promising action for everyone regardless of budgets or bankrolls.

The Click Card promo is just one of a handful of promotions that Party Poker will be running during POWERFEST, giving players plenty of opportunities to win cash and prizes above and beyond tournament payouts. “Sit & Go Jackpot,” “Fastforward Rake Race,” “Power Hour” and “Leaderboards” are the others, all designed to boost player bankrolls.

We have now increased our offering to five great promotions, running both in the lead-up to and during POWERFEST,

Sit & Go Jackpots is already underway, having started August 14 and scheduled to run until the close of POWERFEST on Sept. 23. For only a $2.50 buy-in, players can compete in the turbo-charged, three-handed Sit & Go games and win randomly selected prize pools anywhere from $5 to $5,200. That top prize is more than 2,000 times a single entry fee!

Thousands of Dollars in Prizes

The Fastforward Rake Race runs from Aug. 23 thru Sept. 1 and will pay out $50,000 in POWERFEST tickets. Party Poker made the rake race fair for everyone by implementing three different Leaderboards. Players at Low, Medium and High stake levels will split the $50K, with 600 players in all set to be winners.

The Leaderboards promo will dish out $60,000 in MILLIONS Online tickets, a massive Party Poker tournament that kicks off on November 25, 2018 and will go down in history as the biggest online poker tournament ever held. There are four separate weekly Leaderboards, the points of which are earned by playing in both POWERFEST and Power Series tournaments.

The first Leaderboard starts 6 days prior to POWERFEST, meaning that most points will be obtained via Power Series tournaments. So players can get an early jump on topping the Leaderboard and aiming for one of those $5,300 MILLIONS Online seats!

Power Hour allows players to earn twice as many cashback points on cash game and fastforward tables during a specific hour each day of the week. Up to $800 in cashback can be redeemed every week at Party Poker, making the Power Hour a fine time to double your point totals – and earnings.

With so many promos available during POWERFEST, there are plenty of opportunities to cash in. For the Click Cards, don’t forget to click on “Promotions” after logging in at Party Poker every day, then click on “Click & Collect” to reveal your prize.