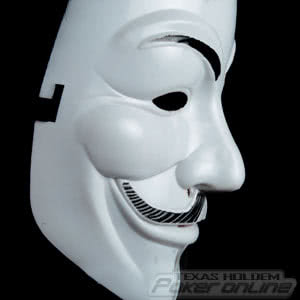 A recent spate of DDoS attacks were suffered by popular online poker sites over the last few days, forcing the cancellation of tournaments. Players can rest assured that the poker rooms affected will dutifully provide refunds.

Partypoker and Americas Cardroom were victimized by Distributed Denial of Service (DDoS) attacks, an occurrence that causes a site or network to be flooded with traffic. DDoS attacks are malicious in nature, the attackers intent on disrupting operations.

Concerning the @partypoker issues tonight. Apologies for the technical difficulties, we are working to rectify, the site has been targeted with a DDoS attack from third parties. We hope to resume normal business very soon and will keep you updated. Thank you for your patience.

As you are aware we are experiencing a DDOS attack. We have now mitigated this attack. We will resume once we see players retaking their seats. We sincerely apologize for the inconvenience.

PokerStars also reported outages at its poker room but stated the reason only as “technical difficulties.” Whether or not the difficulties can be equated with DDoS attacks is unknown as of this writing. What is known is that all three poker sites had to cancel big tournaments due to the disruptions in service, resulting in some angry customers.

We are experiencing ongoing technical issues and have paused all tournaments. We apologise for the continued inconvenience and are working to ensure players are refunded as appropriate. We will provide more details on the issues following our technical review.

Of course, if you happen to be competing in a tournament and are making your way through the field and on the verge of perhaps a big payday, the last thing you want to see is a DDoS attack or some sort of technical difficulty that ruins the entire event. Getting a pit perturbed and frustrated is an entirely human response in such a situation.

Unfortunately, these things happen from time to time in the world of online poker and sometimes can’t be prevented. That’s why poker rooms typically have certain protocols and policies for reimbursing or refunding players. Disconnection and cancellation policies are quite standard in the industry and players would be wise to read such policies at their favorite poker rooms before buying in.

Compensation to players is typically carried out by a payout scheme that’s based on the position of players with regard to their chip stacks. Or it could be a rollback where all monies are refunded as if the event never occurred, which is usually the case if the tournament never started or was in the early stages before the lights went out, so to speak.

Some Players Affected, Others Not

A trickier situation occurred at PokerStars because players in several countries were not affected by the outage while most other players were. The tournament continued, and the unaffected players were able to steal blinds from their tablemates, chipping up in the process and improving their positions before the event was officially cancelled.

Naturally, affected players cried foul, forcing PokerStars to examine chip counts more closely and “evaluate whether additional refunds are necessary following our review,” according to a post on social media. This is the absolute right thing to do under the circumstances and is the fairest and most equitable way of proceeding.

It’s unfortunate that disconnects and cancellations happen in online poker. One can certainly chalk it up to the price we pay for the current state of technology today and living in the digital age. However, players are protected in such situations at reputable poker sites and shouldn’t let a few instances of DDoS attacks or service disruptions dissuade them from playing online poker.