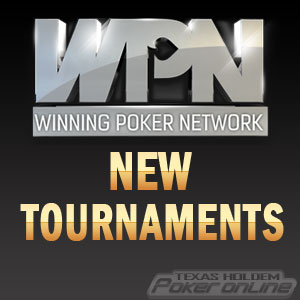 Following the conclusion to its successful OSS Cub3d series, the Winning Poker Network has wasted no time before announcing its next big tournament series – “High Five”. The series will take place from April 18th to April 25th and will consist of twenty-five events guaranteeing more than $1.5 million in prize money.

The “High Five” series has been a popular event on the Winning Poker Network since it was first played in November 2013. The series gets its name from the fact there are five tournaments added to the regular daily schedule for five consecutive days, with more than a passing nod to the pot-smoking community (hence the tagline “Smoke the Competition”).

When the series of twenty-five tournaments was first played in November 2013, it had a fairly modest series guarantee of just $350,000. The guarantee has crept up as each series has been announced, and next month´s series will be worth more than $1.5 million – the biggest yet – and feature a High Five Main Event with a $420,000 guaranteed prize pool.

The High Five schedule includes a good mix of tournament types and disciplines. Buy-ins start at just $2.20 and a comprehensive satellite schedule will enable players to qualify cheaply for the more valuable events. The Network´s popular “Spin to Get IN” feature will also give players the chance to win seats in each of the High Five tournaments for just $0.01.

We have highlighted below what we consider to be the stand-out events in the High Five schedule. The full schedule of events can be found in the tournament lobbies at Americas Cardroom (review), Black Chip Poker (review) and Ya Poker (review – does not accept players from the U.S.). Please note, the details in the tournament lobbies are correct. Some websites have published incorrect details.

No Need to Wait for the High Five Series

Despite the OSS Cub3d series having finished, there is still plenty of tournament action going on at the Winning Poker Network. The Network has an incredible schedule of events going on every week, guaranteeing more than $5 million in prize money. Furthermore, every Sunday the Network is offering players the opportunity to win a package to a live $5,000 buy-in Cage event held in Costa Rica.

On top of this, there are the weekly Beast and Sit & Crush leaderboard competitions, new Sit & Go 2.0 games, and the most valuable player reward systems in the world of online poker. If you are not yet playing at a site on the Winning Poker Network, we recommend checking it out and becoming familiar with the standard of play before the High Five series starts on Wednesday 18th April.