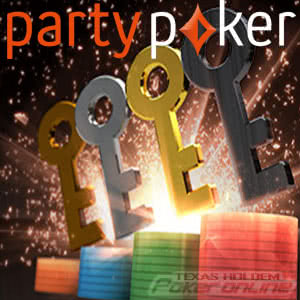 One week after Party Poker launched its new cashback-based rewards program, cash game traffic at the site has increased by 15% according to PokerScout.

PokerScout may not be the most accurate measure of player numbers at online poker sites, but a comparison of its week-by-week statistics is a good way to identify trends. This week, for example, there was a significant trend in favour of Party Poker that coincided with the launch of the site´s new cashback-based rewards program.

The new Party Poker Rewards Program reverses the trend in recent years of substituting rake-based reward programs with gimmicks. After a couple of years of its own challenge-based missions – during which time the site has lost a considerable market share – Party Poker has seen the light and introduced a rewards program paying cashback each week to players who reach predetermined milestones.

Under the new program, players are awarded one Reward Point for each $1.00 they pay in rake or tournament entry fees. Once they have collected 25 Rewards Points, they will qualify for $5.00 in cashback – equivalent to 20% rakeback. However, the more Points they earn, the higher the percentage cashback they receive – capping out at a maximum of 40%.

Once players have collected 2,000 Reward Points and qualified for an $800.00 cashback payment, the rewards continue at intervals of 200 Points. There is no limit to how much a player can receive in cashback each week, but (for the present at least) players have to opt into the promotion every week in order for their points to be counted.

Players Vote with their Feet (and their Dollars)

However, the growth in traffic at Party Poker is not exclusive to cash games. All of Party Poker´s feature tournaments except the $300,000 guaranteed Title Fight hit their guarantees this weekend; whereas PokerStars had significant overlays in five of their Sunday Majors tournaments – including the Sunday Warm-Up, the Sunday Storm and the flagship Sunday Million. A temporary blip ahead of the WSOP, or a message to PokerStars? We shall have to wait and see.

Get Rewarded for Playing at Party Poker

Many poker sites have adopted the opinion that the only way to “save online poker” is to introduce a fun or random element to their rewards programs in order to attract new players to the game. Clearly Party Poker doesn´t agree, and if you want to receive calculable and worthwhile rewards for the time and money you spend at the tables, you should be playing at Party Poker.

If you are not excited by the prospect of spinning a wheel or opening a chest to win a random prize, head over to Party Poker today. The site is offering new players a 100% bonus on their first deposits of up to $500 (use the Party Poker bonus code THPOBONUS in order to take advantage of this offer), plus a fabulous range of promotions that could see you qualify for WSOP events or the site´s fantastic Caribbean Poker Party in November.