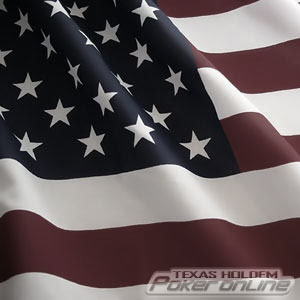 The fight for the virtual felt wages on, as Republican Peter King proposes new bill that would regulate online gambling.

Poker players in the United States had a small reason to rejoice on Thursday as a new bill to legalize online poker was introduced into Congress by Rep. Peter King. The bill, which is really just an amended version of the same bill introduced in 2010, proposes government regulation of online gambling in all forms except for sports betting.

Currently, the legality of online gambling in the U.S resides in a murky neutral area. A ruling from 2011 rendered it legal; in so long as that each state passed its own individual bill. So far, Delaware, New Jersey and Nevada have passed legislation allowing online gambling. Nevada has plans to open online poker to the public this summer with Delaware and New Jersey poised to do the same by the end of 2013.

The only reason these three states took so long to pass bills is because its governments were hopeful that Congress would be able to resolve its issues and ultimately come to a ruling that would regulate online gaming. Unfortunately, industry and partisan quarrels plagued the proceedings, prompting states to take their own action in 2012.  At least ten other states are considering the issue, but odds are that they won’t come to any conclusion before the end of this year.

Ever since the Full Tilt Poker fiasco in 2011, the confidence level of online gamblers has been at an all-time low. But Mr. King ensures that the new bill, entitled the Internet Gambling Regulation, Consumer Protection and Enforcement Act of 2013, would renew this confidence by providing government level protection of all deposited funds. It would do this by creating an office within the Treasury Department that would enforce safeguards and oversee the proceedings of the online gambling industry.

Staunch proponents of federal legislation believe that operating on a state-by-state level, with each state imposing its own set of regulations, will make it nearly impossible for companies to do business. They cite that standardization and uniformity within the industry is essential to its survival.

Yet because the bill is hardly any different than the one rejected in 2010, it stands to reason that the new one will not fare much better. Still, with a slew of online gambling bills expected to be introduced this summer, including one that only targets online poker, players can at least take solace that measures are being taken to bring online gaming back to the United States.