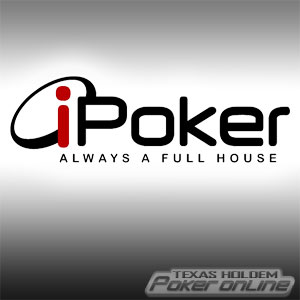 New tournament types and several other features are coming to the iPoker network this October.

On Monday, representatives of iPoker announced that they are rolling out a major software update in October. The update will include a slew of new features and innovations, some of which should entice players loyal to other sites to second guess their allegiances. If anything, the update will level the playing field between iPoker and its closest competitors, PokerStars and Full Tilt Poker included.

Perhaps the biggest change is that iPoker will now be offering re-entry tournaments. Re-entries allow players who bust within the first few levels the chance to rebuy into the same tournament. Because of this re-entry tournaments typically feature inflated prize pools. Admittedly, it comes as a bit of a surprise that iPoker would take so long to implement such a common tournament format, but better late than never.

In the spirit of Full Tilt Poker, iPoker will also offer multi-entry tournaments. METs allow players to multi-table the same tournament. Once the amount of  tables shrinks to less than the player’s remaining entries, two chip stacks are combined. This caveat prevents players from sitting at more than one seat per table. It is not known just how many entries per tournament a player will be allowed to purchase.

Probably the most fascinating new feature of iPoker’s software update will be the addition of late registration SNGs. Typically, a SNG  goes off when a predetermined amount of players register, and only then. How iPoker plans to allow for more players to enter the tournament after it begins remains unknown, but some assume that it will work similarly to Full Tilt’s On Demand Tournaments, which hold the middle ground between an SNG and a multi-table tournament.

Time banks will be added to cash games and will be somewhat customizable. Nothing particularly new or exciting there.

Re-entry and multiple entry tournaments will roll out on October 7th. iPoker will celebrate the update by adding a 1,000 euro daily tournament as well as a weekly 500 Euro-Added Sunday treat.

The iPoker network offers a wide range of poker skins, out of which Titan Poker, Bet365, Paddy Poker Poker and Everest Poker are the most known ones.

Beginning earlier this year, iPoker has made a more concentrated effort to keep up with the big guns. It restructured its VIP system earlier this year, added a client that is compatible with Android and iOS devices and rolled out several heads-up innovations. In addition, two more skins were added. More are expected soon.

Will the new software features be enough to keep up with megasites PokerStars and Full Tilt? Perhaps not, but don’t count the fourth biggest poker network out of the game just yet.