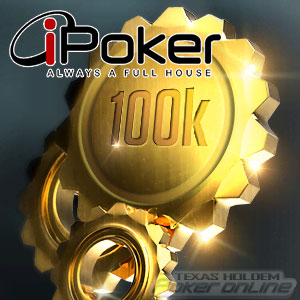 Many sites on the iPoker Network are launching a new mission-based promotion from Monday 2nd January with more than €100,000 in prizes up for grabs.

The message for 2017 from the iPoker Network seems to be “if it ain´t broke, don´t fix it”. Once again the network is hosting a mission-based promotion throughout January that has a choice of missions for players to complete in order to qualify for daily and weekly All-In Shootout tournaments.

How to Play the iPoker Network January Missions

Players who already have accounts with sites such as Netbet and Titan Poker will likely already be familiar with how the January Missions promotion works. But, for any player yet to take advantage of the opportunities available at these sites, here is a quick run-down.

To take part in the iPoker Network January Missions, first visit the “Mission” section of the poker software and opt into the challenge you wish to attempt. There is a choice of two challenges every day – one for cash game players and one for Twister players. You can vary each day between attempting a cash game mission or a Twister mission, but you are limited to one mission each day.

The cash game missions can be completed on any NL Hold´em, Speed Poker, PL Omaha or 6+ Poker table with a minimum stake of €0.05/€0.10, except heads-up games and except where indicated below:

The Twister missions must be completed in games with a minimum buy-in of €2.00 or more except on the following days:

Once you have completed a mission, you will automatically be awarded an entry ticket for a daily €1,000 All-In Shootout. These take place at 7:00pm (GMT) each evening from January 2 until January 29. Although you do not have to be physically present to play in the shootout games (because you are automatically All-In every hand), you do have to register manually for each event. Registration for the All-In Shootouts opens 24 hours before each event begins.

You will also have to register manually for each weekly €20,000 All-In Shootout you qualify for. These events take place on Sunday evenings at 8:00pm (GMT) from January 8 to January 29, and registration is open from the Monday preceding each event. Again, you do not have to be physically present to play in any weekly All-In Shootout you qualify for, and any prizes you win will be automatically credited to your account at the end of each game.

Further information about the €100K January Missions and site-specific variations of the promotion can be found at each of the participating sites.