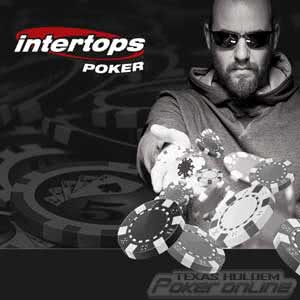 Social online poker players who are ready to move up to real money action would be wise to take a look at the tournament offerings available at Intertops Poker.

The tournament buy-ins are typically on the low side, usually just a few dollars or so. And it’s a poker site that doesn’t attract very much traffic, which makes for an ideal situation to learn how to properly manage a chip stack and navigate your way through a tournament field.

The transition from social poker to real money play, for those who are ready to make the move, needn’t be that complex or difficult. But a huge factor in achieving success is finding a poker room to play at where the competition is mostly recreational players – many who are also newbies to real money poker action.

Intertops Poker fits the bill in that regard. The poker site repels poker sharks and sharp players due to its low traffic and equally low tournament guarantees. Another factor is the outdated software that could certainly use an upgrade.

But if you’re a rookie and want some real money online poker tournament action, then forget those drawbacks because they are actually positives for new players. Especially considering the fact that you don’t need a huge bankroll to play there.

The end of June and the month of July is a big one for multi-table tournament players at Intertops Poker. There are three separate MTT promos on the board and all have very affordable entry fees.

A Tribute to the Walkman

First up is the Mixtape $500 GTD, so named because Intertops Poker is honoring the 40th anniversary of the advent of the portable media player. The Sony Walkman made its debut in 1979, but has been rendered obsolete by the current mobile phones on the market that can do such much more.

Next up are the Mighty Midgets events scheduled for the whole month of July every Monday thru Friday. Five daily tournaments get underway at two-hour intervals, each with a miniscule guarantee of $50.

Trust me, events such as these are perfect for beginner real money tournament players. The buy-ins are only $2.20 and the competition won’t be all that different from the free money players found at social poker sites.

While the Mighty Midgets events cover the weekdays, weekend players need some action too. Intertops Poker obliged with its Roller Skate Jam Series that features three tournaments every Saturday throughout the month of July.

The three events are a freeroll, a last chance satellite, and the actual Roller Skate Jam Final that features a $2,000 guaranteed prize pool. The direct buy-in for the final is $33, which may be on the steep side for beginners – and a far cry from the Mighty Midgets events.

Perhaps stay away from buying in for full price for the $2K GTD final event, unless you feel ready and up for it. But by all means, play the freeroll satellite and try to win a seat for nothing! Here’s the schedule:

New players at Intertops Poker are eligible for a generous Welcome Bonus of 200% up to $1,000. Cash games are available in addition to the MTT series mentioned above. There’s also a sportsbook for sports bettors. Good luck!