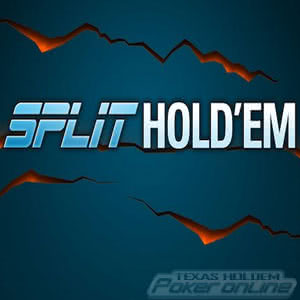 PokerStars Split Holdem is an innovative version of NL Texas Holdem in which two flops, two turns and two rivers are dealt in every hand. With double the opportunities to win a share of the pot, players get involved in more hands, leading to more valuable pots and a substantial profit if you win the entire pot.

Because most hands result in two or more players sharing the pot, PokerStars Split Holdem is claimed to reduce variance. However, from our experience of observing the game, we feel players are over-betting and getting involved in more hands than they ought to. Sometimes this works in the player´s favour. Sometimes it doesn´t. So, is it worth giving PokerStars´ Split Holdem a try? See what you think.

How to Play PokerStars Split Holdem

Once the final round of betting is completed, the players still involved in the hand go to showdown. The pot is divided between the winners of each hand – or, if one player wins both hands, he or she will scoop the lot. Rarely are games of Split Holdem won without the hand going to showdown. In our experience, players with chances in one hand stay in the game longer than they would in a hand of Texas Holdem.

The Pros and Cons of PokerStars Split Holdem

As with any game of online poker, PokerStars Split Holdem has its pros and cons. The pros are fairly evident inasmuch as the game has a great fun element, and you can reduce variance with careful hand selection. However, we recommend playing at a lower stake level than you normally would until you become familiar with the excessive betting action (in our opinion).

On the con side, the fact that so many players stay involved in every hand eliminates a lot of the skill element of Texas Holdem. As virtually every hand goes to flop, you are always paying a rake; and, although the chance exists you could take down the whole pot by winning both hands, most of your time is spent collecting the money (less rake) you paid into the pot in the first place.

PokerStars has said its new game will only be available for a trial period to gauge reaction from players. If you have not yet played PokerStars Split Holdem, we suggest visiting the site and giving it a go for its novelty value alone. You might like it. You might not. The only way you are going to find out if Split Holdem appeals to your type of game is to give it a go.

When you create an account with PokerStars, you are eligible for a 100% bonus on your first three deposits up to a total bonus amount of $600, €500 or £400 depending on what currency you fund your account with. The bonus is cleared by earning “Redemption Points” when you contribute to the rake deducted from games of poker.

With PokerStars´ Split Holdem, you have the opportunity to earn Redemption points at a quicker rate without risking too much of your bankroll. This will enable you to clear the PokerStars bonus quicker and help build a bigger bankroll in a shorter space of time than if you were to play other formats of cash game poker at PokerStars.

As we do not know how long Split Holdem will be available at PokerStars, if you want to take advantage of this opportunity, we recommend doing it sooner rather than later. When you create your account, be sure to use the PokerStars marketing code “psa4352” on the first registration page and use the PokerStars bonus code “STARS600” (*) when making your first three deposits to qualify for the bonus.