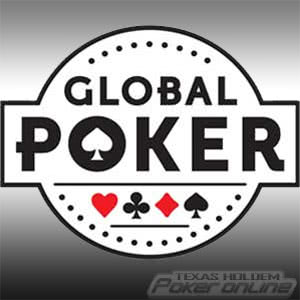 Global Poker, the online poker room that runs on a sweepstakes model, had to cancel three scheduled Main Events of its highly publicized Rattlesnake Open on May 20 due to software glitches and technical difficulties, upsetting a number of poker players who were ready for action.

If you’re wondering what the “SC” before the dollar amounts stand for, the answer is “Sweeps Cash.” The sweepstakes model requires Global Poker to operate as sort of a free-play site at which its customers purchase Gold Coins that are used to play for fun and have no redeeming US dollar value in terms of cashing out or making a withdrawal.

It’s all a bit confusing but is apparently in line with regulations pertaining to the operation of sweepstakes. US players are welcome, and some have taken to the concept, accepting the stringent requirement that necessitates acquiring non-redeemable free play chips in order to be given bonus sweepstakes prizes by way of $weeps Cash, as is described at the Global Poker website.

The software glitches that wiped out the Main Events seemingly began the day before when one event of the online poker festival was cancelled. The Rattlesnake Open had been running since April 30, with a combined SC$1.25 million GTD over the three weeks.

Sunday, May 20 was set to be the final day of the festival until all three of the Main Events were deemed unplayable. Some customers posted on social media that they were unable to register for the tournaments, while others reported that registration went fine but that joining the events and being seated at the table never happened.

Global Poker representatives eventually made the following announcement on Facebook:

As many have noted – we have had a few issues with the site today. This issue affected ring game, SNG and tournaments alike. We believe that these have been resolved but we have had to cancel the Rattlesnake Open Main Events that were scheduled for today in order to fix the site.

The update went on to state that players would receive their buy-ins back, as well as sharing in any overlay amounts if the guarantees had not been reached. The overlays may have been somewhat substantial amounts of Sweeps Cash considering that the glitches kept some players from even registering.

The social media post by Global Poker concluded with this statement:

Thanks for your understanding, we apologize for the inconvenience.

It’s unfortunate that players who were hoping to spend their Sunday by taking a shot at winning tournament prize money ended up not being able to do so. Perhaps those players clicked their way over to other US friendly poker sites that were operating in typical fashion without the perplexing Gold Coin and Sweeps Cash differentiation that the Global Poker sweepstakes model requires.