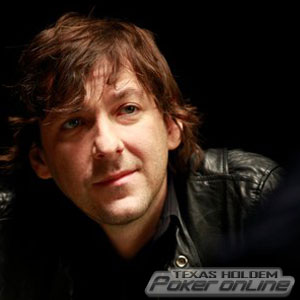 Argentinean pro Leo Fernandez gets suspended from his position on the PokerStars Team Pro team.

Earlier today, sources reported that Leo Fernandez has allegedly violated PokerStars Terms and Conditions, and has hereby been suspended from Team PokerStars, effective immediately. Multiple theories as to why Fernandez was banned have arisen, but to date, none have been confirmed.

In a recent interview with HUSNG.com, poker player Dan Coleman stated that he was nearly 100% certain” why Fernandez got the boot. Allegedly, Fernandez has been caught allowing another user to multi-account with his screen name. The player in question is Fabrizio “SixthSenSe19” Gonzalez.

Multi-accounting in online poker is when one person controls multiple accounts or multiple seats in the same game. It has been used to provide players with a distinct advantage, and is considered by most online poker sites as a serious, and ban worthy, offense.

Gonzalez is a well-known and respected poker player in his native Uruguay. He has 12 WSOP cashes and a myriad of online tournament scores to his credit. However, Coleman claims that his online game is nothing special, and that he would need to table select to win at high stakes.

Another report, this one taken from Superpoker.com, includes a statement from PokerStars indicating that Leo Fernandez violated the Terms and Conditions and will be treated like any other person who breaks the rules.

In other words, PokerStars isn’t biased towards its Team PokerStars pros – and in this reporters mind, it shouldn’t be. Poker ambassadors represent the community, and should be subjected to the same rules and regulations as any low-stakes grinder.

The report goes onto say that not only is Fernandez suspended from Team PokerStars, but that he is banned from playing on either PokerStars or Full Tilt Poker for the next six months. Again, the validity of these allegations is currently unknown.

As of the time of this writing, PokerStars has not released an official report to the rumors as to why Fernandez was banned. Whether the site will continue to remain quiet, or if Fernandez himself will release a statement is yet to be seen.