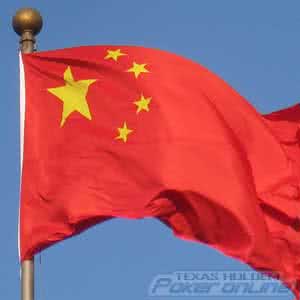 In an effort to put the kibosh on illegal online gambling, China has put new rules in place that forbid issuing licenses to makers of social poker video games.

That action was taken due to the suspicion that a number of free-play social poker games were being used for real money play. The scuttlebutt throughout the online poker industry over the last couple of years has been that so-called “agents” were running private games over various social poker play money platforms.

While the chips in use on the social sites had no redeeming value, the agents would set a cash value on each and invite players to participate. It has been reported that many of the cash games were in the high stakes category, with actual real money deposits and payouts being facilitated by the agents in charge.

Who Leaked the Information?

Apparently, certain apps worked well under this arrangement due to the ability to create private clubs that kept out players from the public at large. This “invite only” scheme allowed the games to proliferate, but somehow the authorities in China were eventually able to catch on to what was really going on.

That led to the most recent action taken by the State Administration of Press and Publications forbidding any new licenses to be granted to poker-related games. The ban also includes the game of mahjong, as well as gaming that uses graphics tied in with blood and gore.

It’s worth noting that the new rules went into effect this week and that they pertain only to the issuance of new licenses to games falling under the restricted category. There are some social games within that spectrum that remain on the market – at least for now.

The new regulations were announced after a restart to the licensing process that had been suspended for a nine-month period so that regulators could tend to a backlog of applications. The process re-opened, and with it came news of the crackdown on bloody graphics, poker, and mahjong. Those two games alone were responsible for more than 2,800 license approvals in 2017.

The Chinese government’s distaste for social poker games was made clear as early as last year when Tencent was forced to pull a WSOP poker app and the “Everyday Texas Hold’Em” app from the market. The crackdown included promoting the game of poker on social media platforms.

Tencent continues to market other social poker games that were licensed previously, but it’s unclear how long that might last. Reports from media outlets such as Techcrunch reveal that social poker games are inexpensive to create and produce, making them quite lucrative to market.

Whether the illicit high stakes poker cash games continue to run on the free play sites or apps isn’t known. Agents certainly don’t promote such action, but the high rollers who choose to play there can likely hear through the grapevine where the games are running and how high the stakes are.