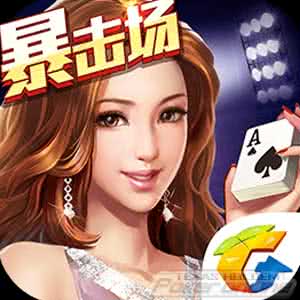 Facing possible sanctions due to a government crackdown, Tencent Holdings has been forced to pull the plug on its popular “Everyday Texas Hold’Em” free play poker game, a move that wasn’t entirely unexpected after the Chinese government announced a ban on all poker apps last May.

Based in Shenzhen, Tencent Holdings is a giant among tech companies, with much of its revenue derived from online gaming. However, recent government regulations designed to curb illicit gambling have put a wrinkle in Tencent’s finances, resulting in the company reporting a decrease in quarterly profits for the first time in almost 13 years.

The continent of Asia as a whole had been experiencing an upward trend with regard to the popularity of poker. That boost in action will likely take a big hit due to government censorship on poker apps in China. Gambling is illegal on China’s mainland.

In addition to the ban on poker games, the Chinese government’s crackdown also forbids poker to be promoted on social media platforms. That will also serve to severely hamper growth of the game in the region as Chinese players won’t know where live games hosted by operators such as the Asian Poker Tour are being held “so they won’t go,” said Stephen Lai of the Hong Kong Poker Players Association.

Founded two decades ago, Tencent Holdings also operates WeChat along with its video games. WeChat is recognized as the top social network in China, boasting a user base of more than 1 billion, many of whom enjoy the company’s gaming offerings.

Several months ago, Tencent removed all adverts for its Texas Hold’em poker game from WeChat. The social media site had served as an excellent marketing platform, allowing users to gather information and become introduced to social poker applications. Players could converse about poker while playing, also learning where to find live games due to their WeChat communications and social contacts.

The process of shutting down Everyday Texas Hold’Em formally commenced Monday, with a report from Reuters indicating that the shutdown will be 100% complete by Sept. 25. Users of the game are expected to be compensated accordingly, pursuant to rules established by the Ministry of Culture.

Collateral damage with regard to the ban on poker apps includes the fact that Tencent Holdings also removed another popular poker application from its store – the World Series of Poker. WSOP is the most recognizable acronym in poker throughout the world.

China’s decision to put the kibosh on play money poker apps may stem from rumors that several private clubs had taken over the play money platforms and were hosting high stakes games for real money. Apparently, the games were by invitation only and were run by agents who placed real money values on the play chips, paying out and collecting cash accordingly.