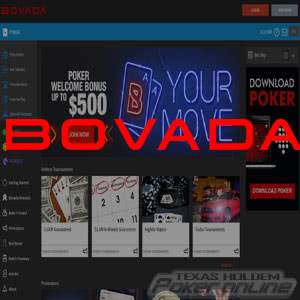 Bovada Poker has relaunched in the U.S., Mexico and Brazil to provide an online poker service to the site´s sports bettors and online casino players.

Almost a year has passed since Bovada closed its virtual doors to online poker players and migrated its database to Ignition Poker. In the intervening period, the site has continued to offer an online sports betting service and an online casino; but, with Bovada´s customers frustrated at having to play at a different site to get their online poker action, Bovada has decided to relaunch its online poker service.

The decision took many in the industry by surprise. There was also some confusion about which states and countries will be served by [a href=”https://www.texasholdempokeronline.com/reviews/bovada-poker/”]Bovada Poker[/geolink]. Once the dust had settled, it became clear that players from New York, Maryland, Nevada, New Jersey and Delaware would be prohibited from creating new accounts, but that players throughout Mexico and Brazil would be welcomed.

What Can Players Expect at Bovada Poker?

U.S. online poker players familiar with Ignition Poker, and Mexican/Brazilian online poker players familiar with Bodog Poker, will find Bovada Poker is exactly the same as what they are used to. The “new” site will operate on the same Pai Wang Luo platform as Ignition Poker and Bodog Poker – thus sharing its database of players with these two sites and Bodog88 Poker in Asia.

The choice of cash games and tournaments is exactly the same, as is the anonymous table software and the range of promotions. The options for depositing into a Bovada account are identical to those being offered by other skins on the Pai Wang Luo Network, and mechanisms are in place to ensure players do not log into the poker platform from more than one account.

There is no reason for players on Ignition Poker or Bodog Poker to create a new account with Bovada Poker, unless they have never received a first deposit bonus from the site – in which case they will be eligible for a 100% bonus on their first deposit up to $500. Existing players at Bovada Casino or Sportsbook, who have also never received a poker bonus, will also be eligible for the new player bonus.

The Bovada Poker bonus is not great in comparison to other opportunities being offered by US-facing poker sites. It is half the value of that being offered by Ignition Poker and sites on the Winning Poker Network, and just a fifth of the first deposit bonus being offered by BetOnline and Tiger Gaming. Furthermore, the clearing requirements are much tougher than any of the site´s competitors.

The likely impact of Bovada Poker´s relaunch will be minimal. There will undoubtedly be some players who take a temporary break from playing at Ignition Poker or Bodog Poker to take advantage of the Bovada Poker bonus; but, other than a few sports bettors and casino gamblers moving across to online poker, it is unlikely there will be a significant increase in traffic on the Pai Wang Luo Network.

A further consideration for the likely impact of the relaunch is its timing. Many industry observers believe Bovada has timed the relaunch of its online poker service to coincide with the start of a busy sports betting season and Saturday´s McGregor v Mayweather boxing match. However, there are also some significant tournaments series about to start that players will not want to miss out on.

This week, the Winning Poker Network´s Online Super Series – featuring a Million Dollar Sunday event on September 3rd – got underway; and Mexican and Brazilian players are busy qualifying for events in PokerStars´ WCOOP, 888 Poker´s XL Eclipse and Party Poker´s PowerFest. It is unlikely many players will forgo the opportunity of winning a life-changing amount for a $500 poker bonus. Will you?