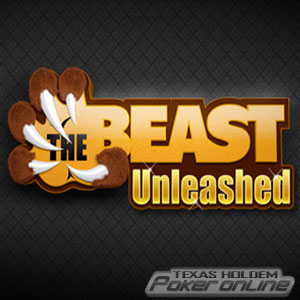 Black Chip Poker has announced that it is to divide its popular Beast rake race promotion into two so that it runs twice every month from 1st October.

The popular Beast rake race has undergone a number of changes recently. At the beginning of September it was announced that the Bad Beat Jackpot was coming to a close, and that the premium on the rake which was used to fund it would be allocated to the Beast.

Then it was announced that a $15,000 cap would be introduced (later changed to $20,000) so that players further down the prize list would collect more winnings, and now the Beast is to be divided in two – with separate competitions running from the 1st to the 15th each month and then from the 16th to the end of the month.

Black Chip Poker´s spokesperson Robert Gray said that by dividing the Beast into two separate leaderboard competitions, more players would have the opportunity to win money in the promotion. He added that the nature of a rake race usually only allows professional players with fewer commitments to reach the top levels of reward and, by restructuring the promotion, casual players can become more competitive by putting in a higher volume of hands for a shorter period of time.

The payments dates for the Beast rake race have also been changed. Players who cash in the first promotion of the month will receive their winnings on the 20th of each month, whereas those who win prizes in the second half of the month will see the cash in their Black Chip Poker accounts on the 5th of the following month.

In addition to giving away cash prizes in the Beast rake race, Black Chip Poker also hands out tournament tickets to satellites for the Punta Cana Poker Classic and Latin Series of Poker. With the Beast being split down the middle, these special Beast tournaments (which can also be bought into directly) will also run twice each month on each 2nd and 4th Sunday.

Black Chip Poker are also launching a series of reload bonuses which will be available from two days before to two days after the start of each Beast rake race period – so for the next Beast promotion which starts on Tuesday 1st October, players can reload their accounts from this Sunday 29th September until Thursday 3rd October with the following reload bonus code: “EASY200”. By using this code you will receive a 100% match bonus on deposits of up to $200.00 (normal clearing conditions apply). In case you do not have an account yet, you will need to fill in the normal Black Chip bonus code during your account registration.

The end of September is not yet upon us but, at the time of writing, more than $200,000 will be paid out in cash prizes and tournament tickets at the end of the month. $146,000 is already allocated to cash prizes among 439 players (at the top of the leaderboard “MamaCoolJ” is looking good to pick up a bonus of almost $15,000) while the remainder of the prize fund will give 736 players the opportunity to win a package to the Punta Cana Poker Classic in the Dominican Republic in November.