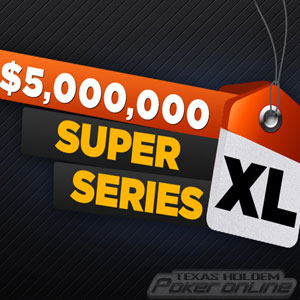 Now is the time to take part in online tournament qualifiers if you want to make the most of the opportunities across three major sites later this month.

By the end of next week there will be three major online tournament series underway. PokerStars´ Turbo Championship of Online Poker (TCOOP) kicks off next Wednesday (18th January), with 888Poker´s latest Super XL Series starting the following day. On Sunday 21st January, Party Poker joins the action with its first PowerFest series of 2017, giving players plenty of opportunities for major scores.

With more than $30 million in guaranteed prize pools across 352 events, the coming weeks are a poker paradise for online players. Choosing which tournaments to play in needs some careful planning and some careful bankroll management, which is why it is a good idea to start planning early and take advantage of the abundance of online tournament qualifiers currently underway.

Each of the three websites is hosting a comprehensive satellite schedule into its feature events. As usual, PokerStars seems to have more satellites than anybody else, but this may be because 888Poker is offering players the opportunity to play in selected satellites for free via a missions promotions, and Party Poker has grouped its mega-satellites closely together to give its Steps promotion priority. 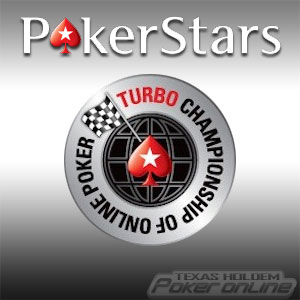 PokerStars´ satellites can be found under the “Events” tab in the PokerStars client. They consist of cash satellites, StarsCoin satellites and Sit & Go satellites. Some of these qualifiers are “sub-satellites” – meaning that they feed into a larger satellite prior to the target event – so be careful which events you enter. It is also important to note that many of the satellites on PokerStars are re-buy and add-on events, so consider that you may have to re-buy multiple times in order to win a seat.

In order to take part in 888Poker´s mission-based promotion, you need to have made a deposit into your account. Depositing players are receiving emails each day, challenging them to complete missions that will earn them a place in a satellite freeroll. The satellite freeroll feeds into selected tournaments in the Super XL Series – many of the non-feature events having affordable buy-ins anyway. Other satellites are advertised in the poker lobby.

The Steps promotion for Party Poker´s PowerFest series is the best opportunity low stakes players have to qualify for the site´s biggest events. Buy-ins start at just $1.10 in the five-step program consisting of 6-Max Sit & Go games, and there are plenty of consolation prizes for players coming second and third in each Step to encourage them to try again. The big mega-satellites (with buy-ins from $22.00) do not get underway until Sunday 22nd January.

Why Three Tournament Series at the Same Time? 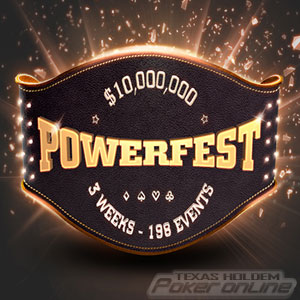 One of the primary reasons for there being three tournaments series at the same time is to make it worthwhile for US-based players to fly somewhere they are legally allowed to play in the tournaments. Many will compete in all three series from Canada, Mexico or Costa Rica, as there are multiple opportunities every day for a major score. The same volume of opportunities would not exist if the series were scheduled for separate weeks.

This factor makes it worthwhile for “regular” online poker players in dot.com locations to qualify early for the feature events. While the US-based players have not yet departed for their overseas destinations – or are in the Bahamas playing in the PokerStars Championships – there is softer competition in the satellite events. Undoubtedly, by next Thursday, players of a higher skill level will be trying to extract value from the three series by taking part in the satellites qualifiers.

For this reason, we suggest you head over to PokerStars, 888Poker and Party Poker while the softer satellites are still available. Win your seat well in advance and get more pleasure – and a better ROI – from the PokerStars TCOOP. 888Poker´s Super XL Series and Party Poker´s PowerFest series.