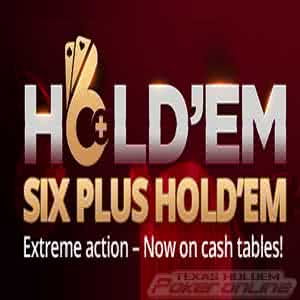 The latest poker site to launch the exciting poker variant Six Plus Hold’em is US-facing BetOnline Poker. The variant is now available on the cash game tables.

Six Plus Hold’em, which is also referred to as Short Deck Poker, uses 36 cards of the standard 52-card deck. Cards valued deuce thru five of all four suits are stripped from the deck, leaving only the cards valued six thru ace – hence the name, Six Plus Hold’em.

A number of poker sites have been spreading Short Deck Poker for quite some time now so it’s not at all surprising that BetOnline followed suit. You will find Six Plus Hold’em available in the BetOnline cash game lobby at a range of stake levels from the micro action of $0.05/$0.10 on up to $10.00/$20.00.

Short Deck Poker has become a favorite game of many players due to the increased action brought about by the 16 crappiest cards removed from play. As a result, players are dealt much more favorable or playable starting hands, which leads to greater engagement and bigger pots.

The strategy involved in being successful is not the same as your standard game of Texas Hold’em. And that’s a good thing for players who are ready for a new challenge or who may be tired of playing the same poker games day in and day out.

If you have yet to try Six Plus Hold’em and plan to do so at BetOnline, be forewarned of a few rule changes to keep in mind. First of all, the ace still plays either high or low, which makes the lowest possible straight A-6-7-8-9.

Also, the hand rankings have been slightly modified to account for the probabilities and percentages of making certain hands. Flushes are harder to make with four less cards of each suit in play, so the rank of a flush has increased, putting it higher than a full house, which is easier to make.

It’s also easier to connect on a straight since there is a lesser range of available cards to put together consecutively. Therefore, straights drop down in value in the hand ranking order, while three of a kind, which becomes more difficult to make, moves up.

Take a look at the Short Deck Poker hand rankings from best to worst and compare it to Texas Hold’em:

It may take a while for newcomers to Short Deck Poker to get accustomed to the new hand rankings. After all, the Texas Hold’em rankings have become second nature to most players, hardly requiring a thought anymore as to what beats what when it comes to poker hands. But like anything in life, practice makes perfect.

This is an opportune time to try Six Plus Hold’em if you haven’t already. BetOnline Poker offers first time depositors a 100% up to $1,000 bonus. The site accepts credit cards as well as cryptocurrencies such as bitcoin, ethereum and litecoin.