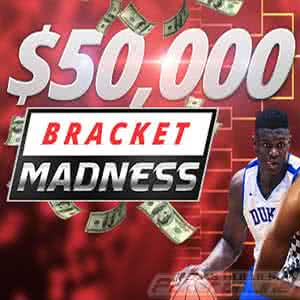 BetOnline is running a special NCAA Bracket Madness Contest that’s worth $50,000 to the top 20 finishers and $10,000 for the first place winner.

The month of March is a favorite time for sports bettors as the annual NCAA tournament provides plenty of opportunities to bet on the 64 teams that are competing for the championship. It’s even more fun at BetOnline where the NCAA Bracket Madness Contest is drawing lots of attention from gamblers.

The contest allows bettors to fill out up to 20 brackets, selecting the winners throughout each round of the NCAA tournament, including the championship game set for April 8 at U.S. Bank Stadium in Minneapolis, Minnesota. The more entries submitted, the greater the odds of winning a piece of the $50,000 guaranteed prize pool.

Guaranteed prize pools are typically reserved for poker tournaments, including the ones held at the BetOnline Poker room. And while it is a great place to play online poker, BetOnline is also a top site for sports betting, including the NCAA Bracket Madness Contest.

While each single entry of the contest costs $15, the entry fees become cheaper if you enter more than once. Look at the chart below and decide how many times you’d like to enter. Submitting 6 entries is only $30! 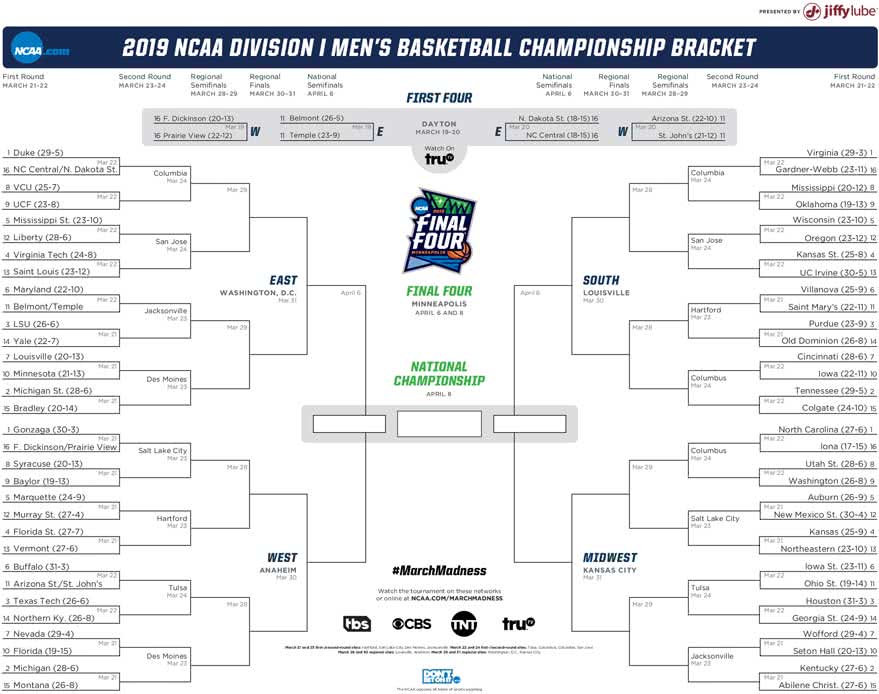 How the Games are Scored

A select number of points are awarded for each correct selection made in the NCAA Bracket Madness Contest. In other words, the more winners you pick, the more points received.

However, the games in later rounds are more valuable than earlier rounds. Take a look at how points are tabulated:

The top 20 players with the most points will share in the $50,000 guaranteed prize pool. Here’s a breakdown of the payouts:

Entries are being accepted right now for the $50,000 NCAA Bracket Madness Contest and will be until right before the tip-off of the first game on Thursday, March 21. There are a couple of play-in games prior to the final 64 teams being set and for that reason contest entrants are allowed to change their selections right until the first game begins.

March Madness is a fun time of year as the NCAA tournament is among the most wagered event in all of sports. It’s known as the Big Dance for college hoops fans and it could be a very profitable venture if you can pick the winners!