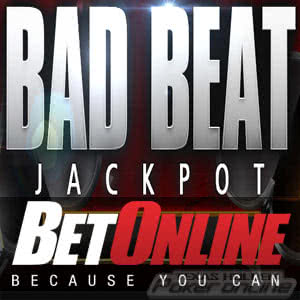 A $1.2 million Bad Beat Jackpot was hit at BetOnline Poker earlier this month, resulting in a $218K payday for the “losing” player who got beat with quad 10s.

The jackpot had been building for eight months, landing at $1,249,972 before “satinhoz” claimed the lion’s share of the prize, undoubtedly his (or her) finest moment at the poker tables. Satinhoz can now tell a bad beat story that other players actually won’t mind listening to – unless they happen to be envious.

Of course, many of us perhaps wish that we too could be on the receiving end of a Bad Beat Jackpot of those proportions. The good news is that we possibly can, as the new BBJ at BetOnline Poker is already more than $541,000 as of this writing.

More good news is that even if you’re not the actual winner – or loser – of the hand that gets beat with quads, you can still collect some cash as long as you’re playing at a BBJ table when the jackpot hits. Several hundred players saw their bankrolls boosted, splitting $124,000 in jackpot prize money when satinhoz lost to quad aces on the river. 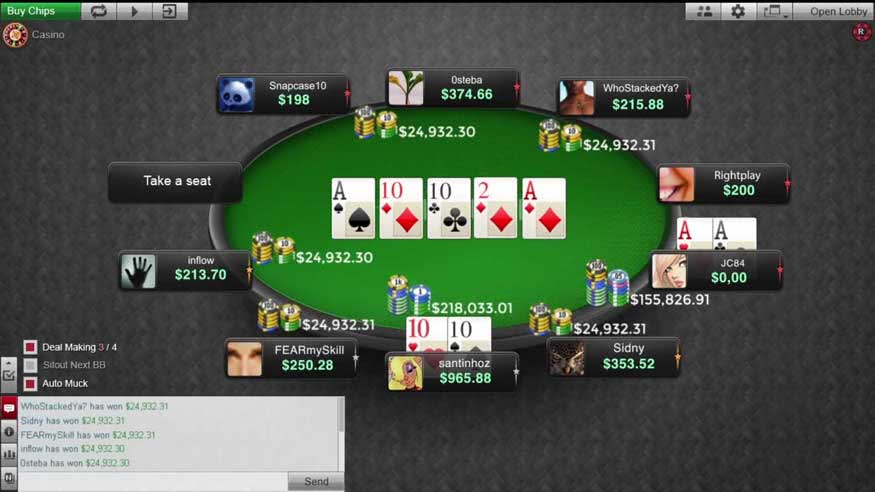 Sitting Out Can Be Costly

The BBJ hit at a 10-player No Limit Hold’em $1/$2 table. One of the seats was unoccupied and two of the players were not dealt into the hand. Those two players also have a bad beat story to tell that may haunt them for years to come.

Every player that was at the table and dealt into the Bad Beat Jackpot hand took home $24,932. Not so for the pair of players who happened to be sitting out when the BBJ hit. The rules state that you must be active in the hand to reap the rewards of the BBJ.

Actually, that’s quite fair, otherwise players would just sit down at as many BBJ tables as possible without playing in order to maximize their odds of connecting on a BBJ hit. “Rightplay” and “Snapcase10,” the two players who missed out on thousands of dollars, have every right to bemoan their misfortune, but rules are rules.

BetOnline, which also runs a popular sportsbook in addition to an exciting poker room that accepts US players, posted a video of the winning BBJ hand on YouTube. Take a look at the replay below to see how the hand played out.

In case you’re wondering, the BBJ is funded by taking $0.10 from every $4 in the pot at each designated Bad Beat Jackpot table. However, no more than $0.50 will be taken from a single pot regardless of pot size.

Other BBJ eligibility requirements call for a minimum of 4 players dealt into the hand, both players involved must use both of their hole cards, and the hand must play to a showdown. Players seated at more than one BBJ table will receive only one prize.

BetOnline informs players that the current qualifying hand for the BBJ will be prominently displayed in banners on the poker software. Players are advised to check the banners and to be aware of the BBJ requirements before sitting at a BBJ table.

The BBJ is divided as listed below:

Who will be the next BBJ winner at BetOnline Poker?